No word yet on how Battlestar Galactica faired 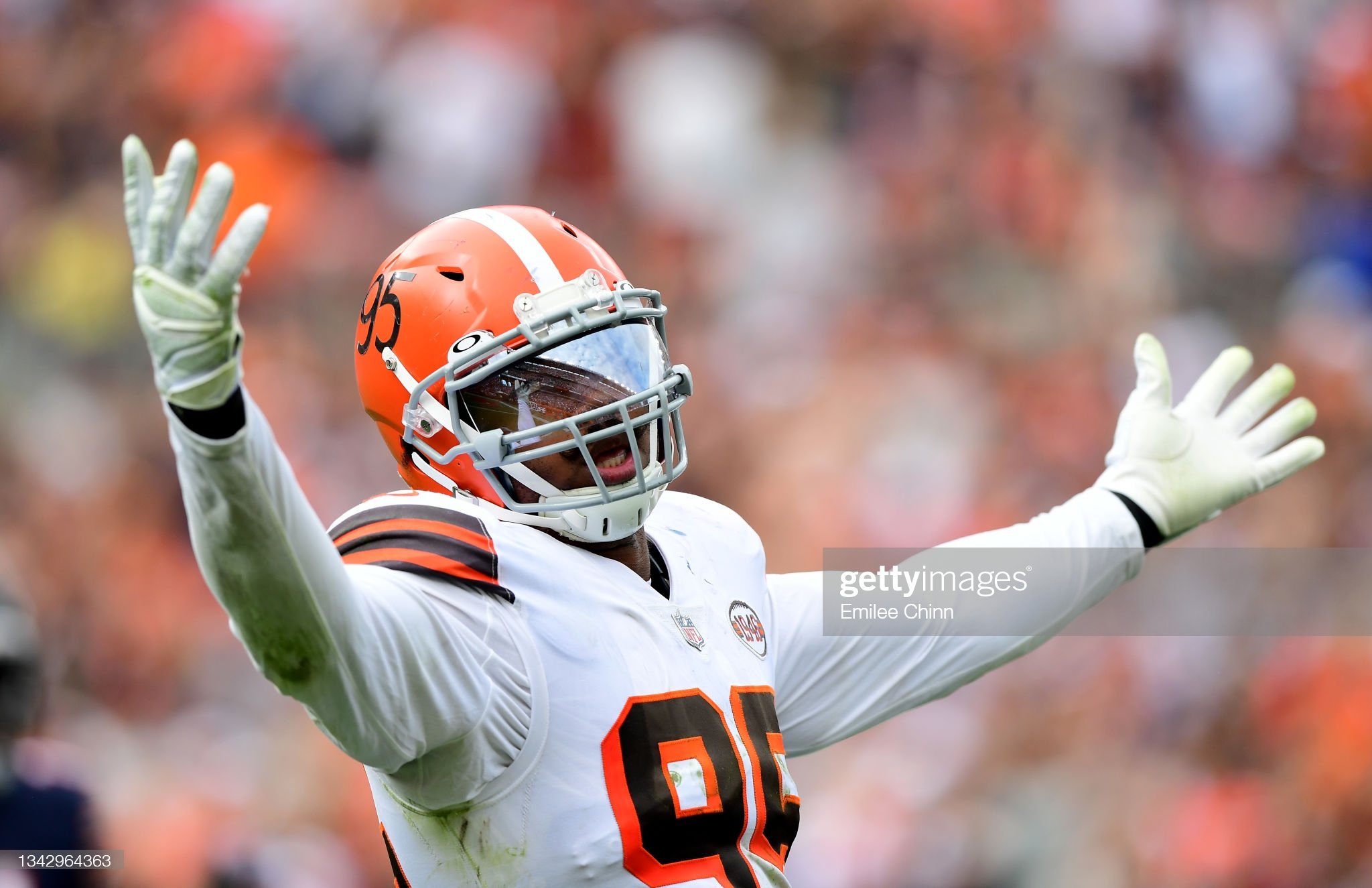 CLEVELAND, OHIO - SEPTEMBER 26: Myles Garrett #95 of the Cleveland Browns celebrates a defensive play during the second half in the game against the Chicago Bears at FirstEnergy Stadium on September 26, 2021 in Cleveland, Ohio. (Photo by Emilee Chinn/Getty Images)

In a league where teams and players are closer than ever, one thing still remains: Rookie QBs don’t make a big difference.

The Browns proved that again, as the Browns blasted the Bears on Sunday afternoon, 26-6. The game is more flattering to the Bears, as the Monsters of the Midway managed just 1 passing yard on Sunday. For a team that was struggling to learn their system and provide the team with a balance on both sides, the Browns defense unloaded on the Bears on Sunday, piling up 9 sacks.

Myles Garrett talked the talk then walked the walk. After giving a shirtless interview on Sunday where he called out his fellow defensive line members, Garrett lead a pass rush that was sure to leave Fields pining for an ice tub at the end of the game. Garrett managed to get 4.5 sacks, and probably could have had about 7 if it weren’t for another player getting there first.

The Browns got an outstanding effort from their entire defensive line, which includes Jadeveon Clowney with 2 sacks, and a host of others with 1 or half a sack. The Browns defense was going downhill all day, allowing rookies Greg Newsome and Jeremiah Owusu-Koramora to play a simple yet dominating game.

Really it would be unfair to single out a single player on the defense, as the entire team played a great game on that side of the ball. The only sour note was a pass interference call that was, at best, close and at worst, a flat out bad call. While the new defense surged in this game, the Browns did manage to struggle in an area of the game where they are typically dominating.

The Offensive line of the Browns struggled all day with the Bears defensive line. Robert Quinn and the slightly hobbled Khalil Mack managed to terrorize the Browns all day, in particular the also hobbled Jedrick Wills. With the struggle, the game remained close for most of the 1st half as the Browns got a touchdown late in the half to take a 10-3 lead. Baker Mayfield was hit or miss for most of the game, making great throws and following them up with a key miss on 3rd down.

As it was, while most of the offense had an off game, including the ever so rare bad Nick Chubb game, there was a hero on that side of the ball. Kareem Hunt managed to rumble, stumble and bumble his way through the Bears defense all game long. Hunt managed to beat the Bears through the air, with 6 receptions for 74 yards and also on the ground with 10 carries for 81 yards. And while he was dangerous and beating the Bears in the middle of the field, the Browns also got back star WR Odell Beckham Jr.

Known as OBJ, Beckham had a solid first game back from an ACL injury with 5 receptions on 77 yards, showing his ability to get open and his soft hands allowing him to get key 1st downs. And while OBJ allowed the Browns to provide a real threat, the Browns also got key catches from Donovan Peoples Jones and Austin Hooper. Hooper scored on a short throw right before half time on a leaping catch from a perfectly thrown ball from Baker Mayfield. The Browns also managed to cap the day on a long touchdown run from Kareem Hunt, which ended the game as the Bears could not move the ball.

The Browns hope to continue their hot streak in Minnesota next week. Make sure you stay tuned to RealBrownsFans.com and listen to the This is Believeland Real Browns Fans podcast!