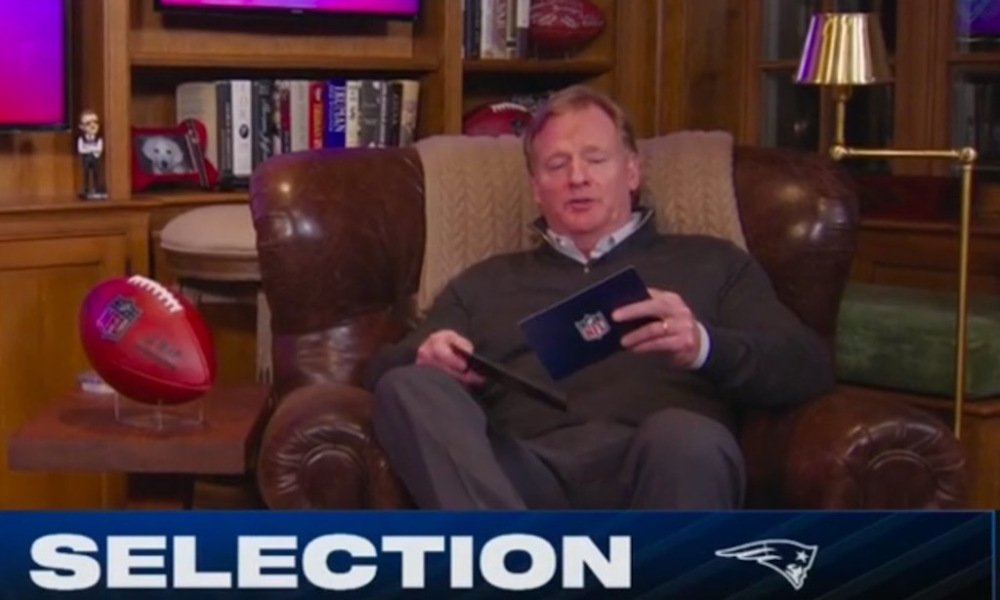 Big boy Roger waiting for his blanket and warm glass of milk while we lull him to sleep.

Day 2 of the draft has come and gone and saw the Browns trade down twice while maintaining their three selections. The draft has definitely developed a theme over the first 2 days of the draft, with the Browns leaning heavily on the Southeastern Conference for all of their prospects. A clear focus on production and versatility is also another theme of the draft so far.

We’ll give you the picks the Browns made, the breakdown of the players, and what else the Browns got on day 2. For the analysis of the draft, Daniel Keys will be providing his thoughts on the Browns draft so far, and what else he sees going on across the league.

Grant Delpit, safety out of LSU, was taken at #44

Jordan Elliott, interior defensive lineman out of Missouri, was taken at #88

Jacob Phillips, off ball linebacker out of LSU, was taken at #97

Grant Delpit, the safety out of LSU, has a ton of range and will immediately be the Browns best ball hawk on day one. While he struggles with tackling, the Browns could not have found a better coverage safety for their needs. While Delpit is likely to split time with Sendajo and Joseph, it is hard to see how he is not going to be on the field for obvious passing situations.

Jordan Elliot should immediately be their second best pass rushing option from the interior. If he picks up the scheme quickly and continues growing from his great 2019 year, the sky is the limit. Playing with someone like Sheldon Richardson can definitely help him understand how to play the game a little bit too.

Jacob Phillips was a bit of a surprise for myself, personally. While he has every athletic trait the Browns want, with the exception of some stiff hips, he flew under the radar as a two down off ball linebacker at LSU. The Browns clearly think they have something with Phillips and believe in his ability to develop more in the passing game. Phillips is likely to be in a heavy rotation of all Browns linebackers, likely going in and out with players like Sione Takitaki, BJ Goodson and Mack Wilson

The Browns traded back twice on day 2, going from #41 to #44 with the Indianapolis Colts and picking up a 5th round pick, #160. The Browns came into the draft missing a 5th round pick but got one to move back only 3 spots and still take their choice of safety. It worked out for the Colts as well, as they got top prospect Jonathan Taylor for their top back.

The Browns also traded out of #74 and dropped 14 spots to #88. Trading with the Saints, the Browns also obtained a 2021 3rd round pick, while the Saints too Zack Baun out of Wisconsin. The Browns ended up taking Jordan Elliot at #88. It will be interesting to follow how the guys the Browns traded will compare to Delpit and Elliot in a few years.

Keys to the Draft

One of our very own Daniel Keys, with his favorite picks, values, and fits in the 2020 NFL Draft so far, as well as his least favorite pick.

My single favorite fit is Grant Delpit to the Browns. Call me a homer, but he is so versatile and deserves the Jim Thorpe Award for best safety in college football. Plenty of my companieros at RBF were not as high on him, bit he will be in the same DB room as Greedy Williams, so they can regain their communication, and Andrew Sandejo, who is like a coach in the field at the safety position and very well-versed in the Zimmer/Woods pass defense.

And while I’m on the subject, I’ve watched Jacob Phillips. I have a few concerns with his abilities in pass coverage if he plays the Sam linebacker role. However, the most important aspect for this defensive system is the group acting as one as the coverages shift. Grabbing someone to play at the second level of the pass defense who will be spending hours with Delpit and Greedy in Cleveland just talking shop is important.

My second favorite fit came just a bit earlier with Kyle Dugger going to the Patriots. I think people slept on how talented this guy is because the film shows Dugger just destroying future insurance adjusters and medical equipment sales reps. In the Senior Bowl and the Combine, he showed he can take on the elites.

The Rams filled their needs at RB and slot corner with Cam Akers and Terrell Burgess. Both are perfect fits with all the advanced stats in the world saying they fit the offensive and defensive schemes. Well played.

Lucas Niang of TCU goes to the Chiefs at pick #96. He is the only tackle this Ohio boy ever saw give Nick Bosa and Chase Young all they could handle.

Lloyd Cushenberry to the Broncos at #83. They had very few holes outside of center, cornerback, and as many quality wide receivers as possible behind Courtland Sutton. They pulled off filling all the needs before day 3, which should always be a goal.

I hate how well the Bengals played day 2. Tee Higgins was a great value at the top of the second round, so agile and crisp as an athlete, and now he gets to pair with AJ Green to make Joe Burrow more comfortable. Then these sick bastards go and take Logan Wilson, who I started writing about in early November. In Wyoming, they call him “The Governor.” He was a high school quarterback, receiver, and corner who became a safety and then linebacker in college. He’s the type of player who just understands football, and I’m sure I’m going to curse his name for the next decade as the Browns try to score against him.

And the dreaded, least favorite pick:

I hate the Broncos taking McTelvin Agrim from Arkansas with pick #95. Let me explain: I participated in a mock draft which I will publish on RBF shortly. I represented John “Horseteeth” Elway and picked for the Broncos. Not only did I skip defensive tackle, but I’m pretty sure McTelvin Agrim is the name I stammered to the cops when I was questioned outside of a Ween concert for public intoxication in 1997. I know nothing about him other than his name sounds like drunken babble.