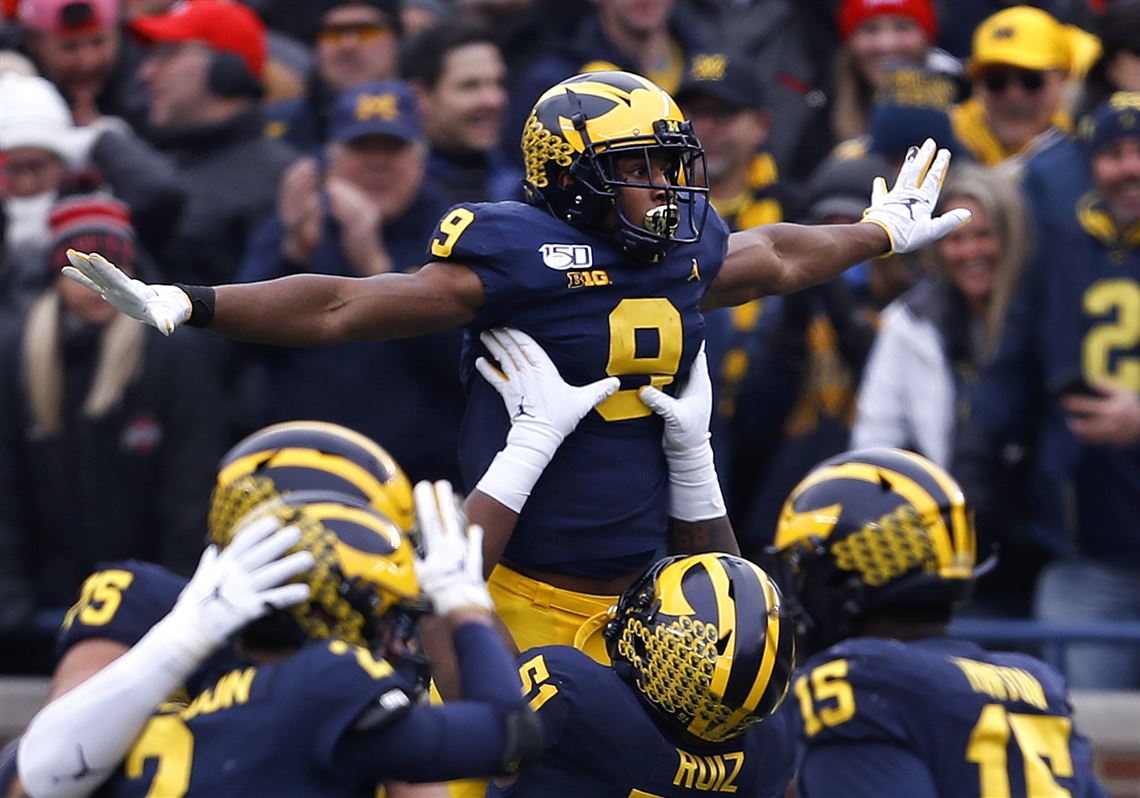 Michigan wide receiver Donovan Peoples-Jones (9) celebrates his 25-yard touchdown reception against Ohio State during the first half of an NCAA college football game in Ann Arbor, Mich., Saturday, Nov. 30, 2019. - ASSOCIATED PRESS
Prev1 of 5Next
Use your ← → (arrow) keys to browse

The 2020 Covid-19 NFL Draft has come and gone. Often in the past, Day 3 is an isolating afternoon when absolute football junkies separate themselves from the normal humans to watch backups land on the roster of their favorite teams. You tell yourself: “About half of every NFL roster is drafted after round three, this is totally worth it.” The Browns are receiving high marks for the three selections made on day three. So if you are one of those rare nutcases who wants the straight poop on how it all went down, Dan Cooksey will also chime in with his observations. You are not alone!

First I want to address appreciation for what the 2020 Browns Draft was not. RBF had two sources tied into the franchise who warned the first round could include multiple trades down with the Browns selecting an offensive tackle as late as the second round. As the father of two young boys, this is my personal hell. I can get my kids to watch football with enough pizza and sodas as bait. Watching the draft with me for three hours just isn’t possible. There isn’t enough action. So if I am going to isolate myself in the Man Cave for hours, my wife peaking in to tell me the four year old stuck a fishing pole in the aquarium or some other sadistic kid stuff, I need the payoff. Trade back after trade back is great value, but I can’t justify taking the night off from parenting for future asset accumulation. And the Browns found themselves in the best possible scenario with Carolina selecting Derrick Brown leaving Arizona to select Isaiah Simmons instead of a tackle. My fears subsided, the Browns got their top tackle at #10. For the most part, the Browns drafted when they were supposed to draft, and my wife barely cared that I was an absentee father. Let’s get into the picks!