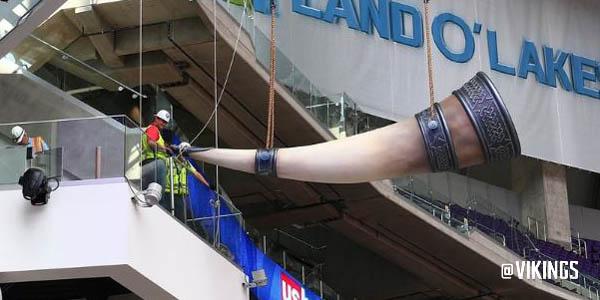 Welcome to the Realbrownsfans.com mailbag. Each week we will be doing a round table with a few contributors of the RealBrownsFans site. This week features RCF members Rafters, Supersurge and Ohio talking about the Browns matchup against the Minnesota Vikings. As a special addition, BimboColesHair will join in for the buttery smooth Vikings fan take. If you have any questions you’d like to be answered in our mailbag, comment below or in the forums!

Multiple Cleveland coaches are former Vikings coaches. Who does that benefit more: Stefanski or Zimmer?

Surge: This should benefit the Browns more. Stefanski has seen how the Vikings run their program from the top down, whereas the Vikings only really understand conceptually how he runs an offense.

Ohio: Not sure it really benefits one more than the other, but Stefanski has been able see how Zimmer calls plays and makes decisions for a long time now, whereas Stefanski has only recently been in that position. This inherently makes Stefanski a bit more unpredictable, so I’ll say it benefits him more.

Rafters: Stefanski has the advantage here. I could just say he’s the younger, more agile mind but it’s more than that. He’s just the better coach. He’s more modern, more inventive. He took the Zimmer building blocks and modernized them. Stefanski is a top-notch head coach who learned what Zimmer did well and built upon that, so he understands what Zimmer does. Zimmer isn’t as familiar with what Stefanski built upon his foundation.

Counterpoint Bimbo: I don’t believe the familiarity among the coaches will be as big of a benefit or detriment to one side or the other like many want to believe, mostly for storyline purposes.

There is so much overlap that these teams, particularly on offense, essentially mirror each other so the coaching won’t be a big advantage one way or the other. Stefanski picked Gary Kubiak’s brain so much when he was an offensive consultant for the Vikings in 2019 that a lot of Vikings fans were convinced Kubiak was actually calling the plays. The Vikings current OC is Gary Kubiak’s son Klint, who was close with Stefanski in 2019 when he was his QBs coach and obviously picked his own fathers brain as well.

This game won’t be decided due to coaching familiarity, it will be decided by who executes the best on Sunday. There is a reason the line is so close in this game, these are the AFC and NFC versions of the same team.

Baker Mayfield was off-target most of the Bears game. Where do you see areas for the passing offense to improve after three weeks?

Rafters: Well, the first area I’m going to look at is footwork. If Baker’s footwork is off, he can be errant on his throws. Whatever the beginning of the Bears game was, that has to be put away. Other than that, I want more plays that throw receivers open. Get Schwartz or OBJ on a post or some route that leads them to open space so these guys can flash their YAC abilities.

Ohio: Baker seemed to have the yips early in the game, but settled down a bit as the game went on. One issue the Browns had last week was with pass protection; Baker was sacked 5 times. That kind of negative performance from the line (a rarity to say the least) almost certainly had a negative effect on Baker’s passing. Look for the line to bounce back this week, along with Baker’s accuracy.

Surge: He must be more accurate. The Bears pressure seemed to speed everything up mechanics-wise for Baker, causing errant throws. The silver lining is that a “bad day” for our quarterback now means 19/31 for 246yds. and a TD. We can’t allow Baker to be sacked 5 times and hit several more. The line has to clean that up.

Counterpoint Bimbo: I do know in reading about the team that to this point in the season the Browns offensive line has struggled to protect Mayfield. Never a good sign when the stats back that up, as Cleveland has thrown the 3rd fewest passes in the NFL to this point but have given up the 6th most sacks. So improvement begins there, first and foremost.

Whether that’s improved performance by what many consider to be a good offensive line (or a returning Wills) or a slight change in scheme to get the ball out quicker, things won’t improve a lot with poor pass pro. Couple that with Landry going out and a returning OBJ trying to get caught back up to game speed and there are bound to be some growing pains. Mayfield is too accurate of a QB and the Landry/Beckham WR combo are too good of route runners for that area not to improve as the season goes on.

If you are a Browns fan the offense should be the least of your worries, this is as good of a group as there is in the NFL. Just give the pieces time to gel.

Surge: The Browns need to focus on pressuring Cousins because Justin Jefferson and Adam Thielen are one of the better WR duos in the game. We cannot let them run freely through the secondary. I’m not guessing another 9 sack day, but we can not let Cousins sit in the pocket and pick our DB’s apart.

Rafters: Play action. We know how to attack zone runs. We just can’t get baited forwards and let Cousins deep-strike us over the top.

Ohio: Remaining unpredictable. Unlike the first two weeks, we saw lots of different looks from the Browns defense last week and it paid off in dividends. Look for the Browns defense to continue being unpredictable moving forward. Additionally, with Newsome out this week, the Browns need to have a contingency plan if Greedy is struggling. Minnesota has one of the best WR duos in the league with Jefferson and Thielen and will certainly look to exploit that matchup.

Counterpoint Bimbo: I firmly believe Cook plays this week, unless his body doesn’t respond during the week, but this game will be won or lost from the Browns standpoint if they are able to keep the Vikings out of 2nd or 3rd and short to medium situations.

Garrett vs Rashod Hill is a major advantage in Cleveland’s favor and if there is a single 1-on-1 matchup that will effect the outcome of this game it is that one. Hill is prone to hold when beat and was absolutely miserable week 1 vs the Bengals. He then held Chandler Jones sackless in week 2 and looked awful again in week 3. If the Browns are able to get to Cousins on early downs and keep the Vikings from 5 yards to go or less situations it will be hard for the Vikings to generate much against those pass rushers.

Keeping the Vikings playing from behind the chains has always been the way to defeat them. Very few teams, if any, have the DBs needed to cover their WRs, so winning 1-on-1 pass rushing situations and putting pressure on an improved but still below average offensive line is always the focus opposing teams should have against the Vikings offense.

The Vikings finally beat Russell Wilson and Seattle last week without a few key players. Who wins this game and by how much?

Ohio: This has all the makings of a close game. Vegas currently has the Browns at -2. They cover, but not by much.

Rafters: The Browns by 2.

Counterpoint Bimbo: As mentioned before, this is a game with 2 teams that are incredibly similar. They run almost the exact same offense influenced by Gary Kubiak, love to control the ball and the clock, rely on their pass rush to hide ineffectiveness in their defensive backfield, and mostly lean on a bend don’t break defensive unit to try and keep their offense in the game.

I firmly believe this game will be won by the team that plays the cleanest game because the talent level on the field is so similar, if Cook is playing. That being said I will lean towards the team in more favorable conditions to play the cleaner game, Vikings 27, Browns 24.

I’d like to add that we never got any money from Frito Lay for our Flamin’ Hot Takes of Real Cavs Fans members… so we are giving Minnesota’s Land O’ Lakes a try! Are you an agro-business tycoon? Let’s talk sponsorship.