See what our writers think about the bye week, the Browns getting healthy and what will happen Sunday in week 10 action. 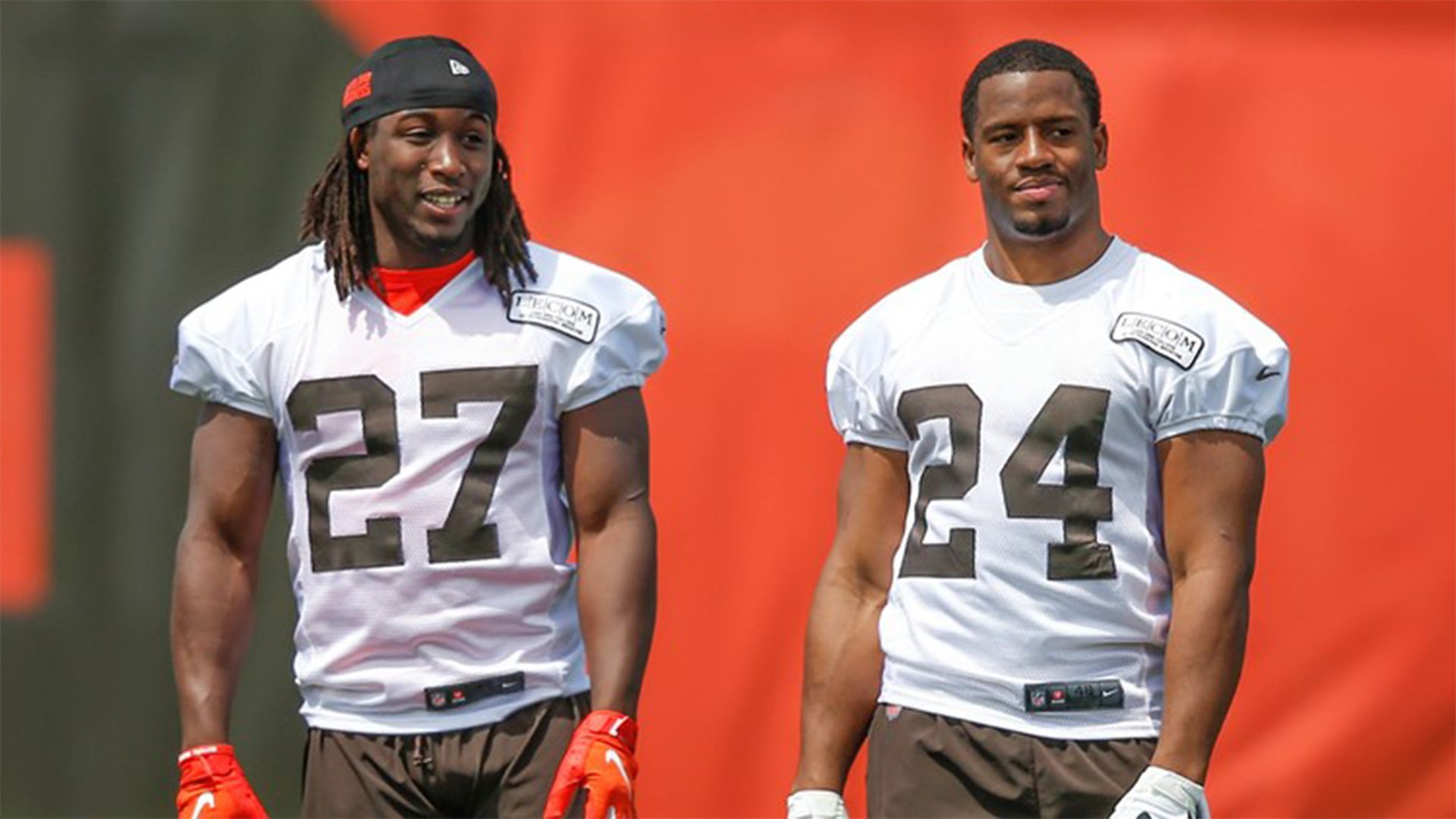 Welcome to week 10, everyone! The Cleveland Browns are set to do battle against the Houston Texans and it is going to be U-G-L-Y outside for this game! See what our writers think about the bye week, the Browns getting healthy and what will happen Sunday.

1) The Browns got mostly healthy during the bye week. Who is the biggest returning piece to help the Browns?

The obvious answer here is Nick Chubb. He’s the best player returning, and he’s our best player on offense. He’s a big deal. But, I’m also going to say that Wyatt Teller coming back will be a huge boom to our running game. While Nick Chubb’s backup is a perfectly capable Kareem Hunt, Wyatt Teller’s backup is Chris Hubbard, who is out with COVID. The gap between Teller and (Lamm? Tretter to guard, Martin to C?) is larger than that gap between Chubb and Hunt.

Any time you get one of the best running backs in the league back, it’s a big deal. It’s been made pretty clear the last several weeks he is the steadying force on the offense. Hopefully he can come back rested and ready to take over.

Gotta be Nick Chubb. Wyatt Teller’s impact certainly cannot be ignored, but an elite RB is more important and more impactful than an elite RG.

2) On the flip side, the Browns have received no help to make the playoffs. Who is the biggest threat to the Browns playoff odds?

I have the Steelers, Chiefs, Bills and Titans winning their divisions. I have the Ravens as the #5 seed. This leaves the Colts, Raiders, Browns and Dolphins battling out for the last two playoff spots. I think the Raiders and the Browns make those last two spots. So, the biggest hurdle could be either an improving Miami team or a Colts team without an offense. However, I’m going to say that the biggest threat to the Browns playoff odds is internal. It’s our defense.

Nobody is expecting our defense to become a strength of this team. We’re too thin and too injury-riddled to do that this year. However, they need to fix the mental errors and gash plays. If the safeties can start doing that, and the front seven can hold their own against the run game, then I like our chances. If our safeties continue to make mental errors that leave receivers wide open behind our defense, and our front seven struggles against the run, then it’s going to be a disappointing end to a promising season.

I think it’s the Raiders. The AFC South (IND, TEN) will work itself out. IND has the 9th toughest strength of schedule left and TEN has the 16th. But we really need to finish above the Raiders now because we dropped the game to them head to head. The Browns have the 30th toughest schedule remaining in the league, while the Raiders have the 27th. So I think whichever team comes out and handles it’s business best will make the playoffs.

The biggest threat to the Browns playoff odds is…the Browns. That may sound corny, but the Browns currently sit at 5-3. Of their 8 remaining games, the Browns will be favored to win 5 of those games. The Browns have won the games they were supposed to win all year long (given the weather in the Raiders game, I considered that game a pick em). The Browns simply need to continue taking care of business against lesser teams. Do this and they will be in the playoffs. If Baker can protect the ball, and the defense can bend just a little more than it breaks, the Browns should make it. If Baker continues his turnover streak and the defense continues to be incapable of forcing a punt, they very well may slip up against one of these lesser teams and end up on the playoff bubble. The Browns should not be concerned with other teams or the standings. They should be concerned with themselves.

3) If you were Joe Woods, how would you go about fixing the Browns defense?

It starts with coaching. Learning a scheme takes time. Between Ronnie Harrison, Sheldrick Redwine and Karl Joseph, they need to start showing that they can play safety at a professional level. I’m not looking for “wow” plays from any of them. I’m looking for them to understand their responsibilities and fill their roles. If our safeties can just do what Joe Woods requires of them, it will go a long way for this team.

I don’t think there are huge scheme changes to be made at this point. We have to roll with the players we have and hope our young guys improves by getting the live reps. What we DESPERATLEY need is a defensive lineman not named Myles Garrett to be a difference maker. He has 9 sacks while getting double and sometimes triple teamed. Someone else NEEDS to step up because we aren’t capable of holding coverage when we blitz.

This defense has significant holes that can’t be fixed by coaching. It’s a personnel problem. All we can do is hope some of the younger guys get better. Someone like Ronnie Harrison is a great example. He’s seemingly gotten better in every game and at this point seems to be a legitimate starter. It’d be great if one or two other starters could make similar strides.

4) With a rainy, windy sunday in the forecast tomorrow, who wins? Browns or Texans?

The Browns, with Chubb and Teller, were the best rushing team in the NFL. The way Bill O’Brien gutted that team of any semblance of a run defense is an atrocity. With DJ Reader and Jadeveon Clowney on the other side? It would be an interesting slugfest to watch. But, BOB forced those guys out and the Texans are now one of the worst teams in the NFL against the run. Browns, coming out of the bye, get back to their bread and butter and pound the Texans.

Houston is 28thin DVOA which should be a great sign for the Browns running game, especially since Teller and Chubb are returning. I look for a low scoring game, similar to last week with weather conditions being a factor. 23-13 Browns.

The Browns were not well suited for the weather against Oakland without Chubb and Teller. Additionally, Josh Jacobs presented some real problems. This week, things are flipped. Chubb & Teller are back and the Texans are without their starting RB, David Johnson. Watson & his receivers will cause some problems, even in the bad weather, but it won’t be enough.