How the Browns can Disrupt Justin Fields 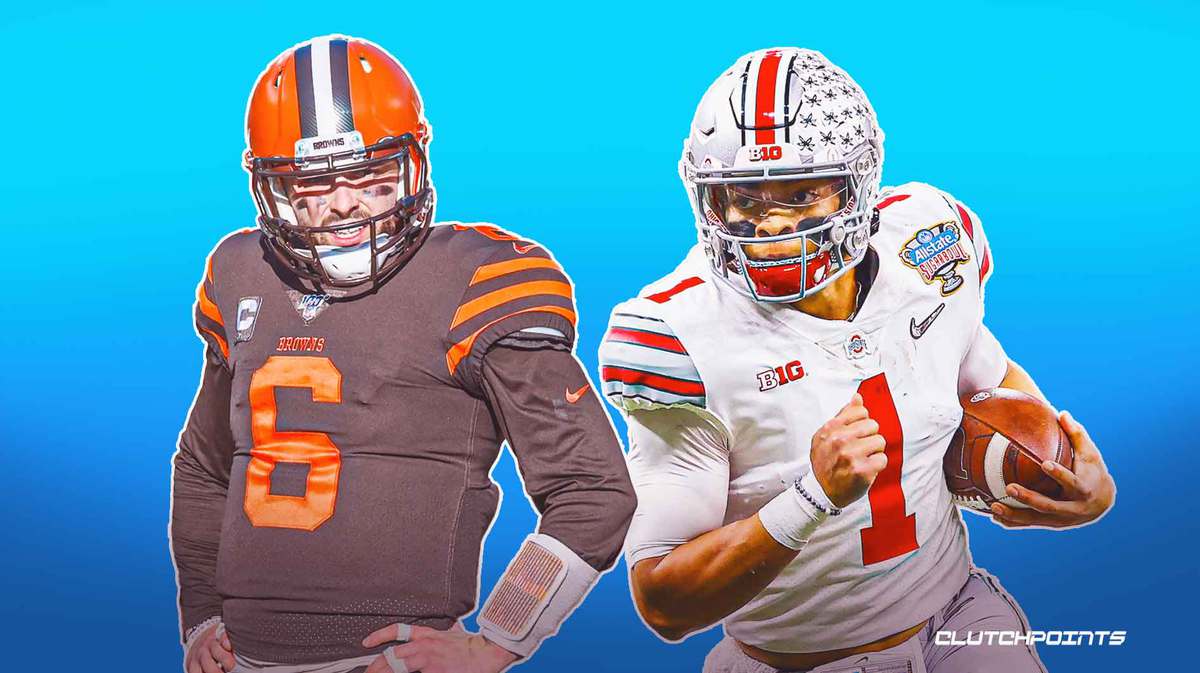 Cleveland Browns fans came away from the Sunday afternoon win against the Houston Texans disappointed at best, shaken at worst. Just a few years ago, a comfortable win against any team would be cause for free Bud Lights all across town. Now that fans taste a possible division championship, a ten point win against a bad rebuilding Texans team is not enough.

Should We Be Nervous About the Browns Defense?

Some fans called for defensive coordinator Joe Woods to be fired following the Texans game. The idea of firing a coach is a laughable concept following a win. However, some concern in the scheme the Browns have run are up for debate.

After two games, the Browns are 14th in yards surrendered on defense. The Browns can feel good bout a 9th ranked rush defense, but ranking 21st in opponent passing rate darkens the outlook for the rest of the season. It would be fair to say facing the explosive Chiefs offense in Arrowhead makes the stats seem worse. However, the first half of the Texans game did not go as planned.

Team captain Myles Garrett spoke to the media about the Texans fast start after the game. The team expected the Texans to establish the run in the first half, having averaged roughly 4 yards a carry in week one. The Texans committed to the opposite – Tyrod Taylor picking apart a very straight forward zone defense for a 144.3 rating in one half of play. Taylor only rushed once, with a missed tackle causing a 15 yard touchdown scamper.

Some have mentioned that Mahomes and Taylor are rushing quarterbacks, and a zone defense keeps the offense in front of the back seven. A zone scheme calls for defensive backs and linebackers to keep the receiver in front of them and break on a quarterback throwing or running. The zone limits rushing yards from a dual threat quarterback by keeping eyes off just the assigned offensive playmaker.

The results are not what Woods hoped to see. The Browns have allowed the opponent to convert a first down on almost 63% of third down opportunities. This is the most pressing area of improvement for the Browns defense.

Coach Nagy named Justin Fields the starter in week three. Will the Browns have to run the same defense to prevent Fields from rushing for first down after first down? Let’s take a deeper dive into what Fields can and cannot do as a rookie signal caller.

Targeting the Weaknesses of Justin Fields

Coming out of Ohio State, Fields dropped further in the draft than many Ohio State football fans expected. Fields owns a cannon for an arm. At Ohio State, receivers ran option routes. This means Fields experienced a pro style passing offense where the receiver adjusts to coverage, and he must anticipate the change receivers make post-snap.

Built like a tall running back, Fields can gain yards on the ground as well as any other in the NFL. Chicago Bears fans have every reason to be happy Andy Dalton is turning the job over to such a talented rookie.

Much like Mayfield coming out of Oklahoma, Fields also struggles with processing the speed and complexity of an NFL defense post-snap. Fields dropped from second to fourth in draft class quarterback rankings because of games like the Ohio State vs. Indiana matchup. Fields threw three interceptions by misreading the defense before the snap, and forcing a throw carelessly in response to disguised coverages.

Against Fields, the Browns should seek to change the straight-forward coverage and pressure system used in week one and two.

So what could changes look like to the Joe Woods designed Cleveland Browns defense? Some have suggested the Browns elected to save elaborate pressure and disguised coverage for a more talented opponent than the lowly Texans. When the game was on the line against the Texans in the fourth quarter, a free safety blitz from Grant Delpit sealed the game for the Browns.

Many in the media pointed to the overwhelming number of new faces on the defense.

The Browns terminology is an adjustment for veterans like John Johnson, Troy Hill, and Jadaveon Clowney. The complexity of the system is even more confusing for rookie and first year players like Greg Newsome, Grant Delpit, Jeremiah Owusu-Koramoah and Malik McDowell.

Still others suggested that the defense remained streamlined for veteran backup Malcolm Smith as he stepped into the role of signal caller for the first time.

Despite these excuses, Fields has already exposed some weaknesses to fake and delayed blitzes in his debut against the Bengals.

Jake Burns appeared on Quincy Carrier’s Untitled and Unfiltered to point to different ways a zone coverage can and should vary from snap to snap. Even if the Browns elect to keep disguised blitzes and delayed blitzes to a minimum on Sunday, coverage designs should become more complex as the season wears on.