How Kevin Stefanski Will Improve The Browns’ Offense: Outside Zone and Play-Action 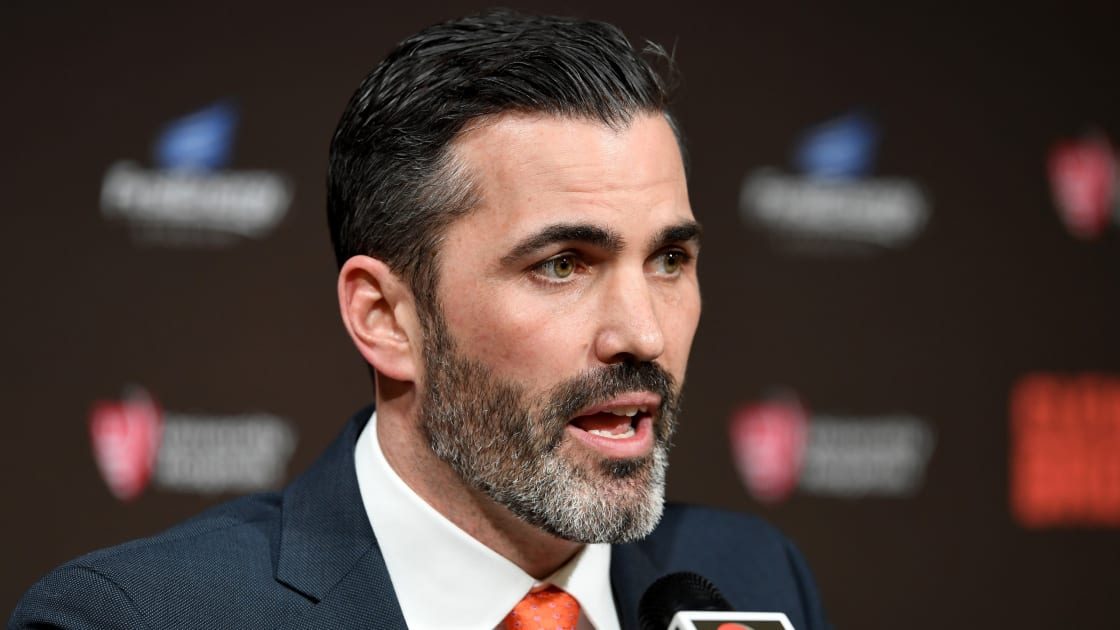 Far from the unusual offseason in Cleveland, the Browns began theirs by replacing one front office and coaching staff with another. In comes Kevin Stefanski, the former Minnesota Vikings’ offensive coordinator who runs a version of the most popular offensive trend in the NFL: the west-coast offense with an emphasis on outside zone running. Pioneered by Mike Shanhan and Gary Kubiak, the 2019 season saw the Vikings, Raiders, Titans, and 49ers use outside zone running on more than 200 snaps. In 2018, the Rams were also in this club, and averaged over 5.5 yards per rush.

What is the outside zone and why is it so dominant?

Generally speaking, outside zone running requires offensive linemen to block “zones” as opposed to specific defenders. These linemen must move towards the sideline (or the “outside”) and push back defenders in their way. At the same time, the runningback is asked to look for three options: bouncing outside, banging a cut upfield between linemen, or bending on a cutback across the formation.

This video from The Ringer shows exactly why the zone-blocking scheme is so dominant. When linemen block zones instead of men they create massive holes. Then it is up to the runningback to move quickly through that hole.

It also demonstrates the flaws in the outside zone running scheme, though. When the offensive linemen block zones as they move towards the sideline, it creates a massive hole, but only if the things are run perfectly. Even when it is run perfectly, though, it still closes quickly.

As Sam Fortier describes it, “No run play gets stuffed for no gain or a loss of yardage more often, and no run play yields more plays of 20-plus yards.”

The scheme requires a runningback with fast straight-line speed and, more importantly, that is decisive when he spots a hole. For the Browns, Nick Chubb is the perfect fit. Per Sports Info Solutions, Chubb averaged 5.4 yards per attempt on outside zone runs. Furthermore, he converted them for first downs on 22.2% of opportunities.

The problem is that the 2019 Browns ran outside zone less than they needed to, including 74 fewer times than Stefanski’s Vikings. With Stefanski in tow, viewers should expect both more outside zone and an even bigger year for Nick Chubb.

But the increased rushing efficiency is not why the outside zone is so impactful… outside zone makes play-action even more dominant.

Play action is widely considered by analytics to be the most efficient play in football – according to Josh Hermsmeyer at FiveThirtyEight, between 2015-2018, the play-action pass averages 1.39 yards per attempt more than any other passing play. Below are the five teams that ran the most outside zone in 2019 and their starting quarterback’s play-action pass yards per attempt.

The theoretical reason is that this offensive scheme makes every pass look like a potentially explosive running play. Coaches like Kyle Shanahan and Kevin Stefanski run a variety of plays out of a variety of formations and force the defense to commit slower, leaving the play-action pass viciously effective.

The linked article examines one specific play in a way that describes the relationship between the outside zone and play-action. The offensive line can sell an outside zone run because the defense is concerned with preventing a “boom” running play. Rather than handing the ball off, though, the quarterback keeps the ball and uses this play-action to punish the defense. By making play-action passes look the same as an outside zone run, this offensive system allows for misdirection plays to be increasingly effective.

But is this a theory that does not have much evidentiary backing? After all, Kyle Shanahan, Sean McVay, and Gary Kubiak are also brilliant schematic coaches and that is potentially enough to explain the difference.

I decided to use regression-modeling to answer this question.

Expected points added is a regression-based statistic attempting to quantify how yards per play on a given down-and-distance add “points” to a team’s score. Thus, as far as statistically-validated dependent variables, “expected points added per play-action pass” is the best given the available data.

There are two points worth noting. First, there are unrelated differences between every team and year in the dataset. I.E., while the San Francisco 49ers’ offensive performance between 2017, 2018, and 2019 correlates with each other, they do not correlate with the same numbers from the Arizona Cardinals.

This is a problem because it means the error-term of a prediction is correlated with the explanatory variables. This results in bastardizing the statistical confidence in our predictions.

To solve for this, I use a variance components regression model. This solves for a problem of heterogeneity my data is related by clustering each team’s three years of data into a “group.” Thus, it allows the model to control for potential error stemming from year-to-year team or coach similarity.

Additionally, after running the regression model, I use a marginal effects simulation to forecast future results. This lets me pinpoint the predicted value of EPA per play-action pass given the value of a specific independent variable while also controlling for all other variables in the model.

I was able to generate the image below using a marginal effects model. It visualizes my findings by running 100 simulations of 100 values for each independent variable.

The key finding is, with 99.9% confidence, the model predicts that had the Browns used as much outside zone as Stefanski’s Vikings, the former would have scored an on-average extra 0.24 expected points per play-action play throughout the season. This is the equivalent of, on play-action passes, Baker Mayfield performing closer to Drew Brees than the former’s 2019 form.

This does not mean fans should expect Baker Mayfield to become Drew Brees. That is not how improvement works nor what these statistics suggest. Nonetheless, I expect Stefanski to continue using lots of outside zone. And thus it is very likely that the Browns see an uptick in play-action efficiency next season.

Scouting for Browns: Off Ball Linebackers
How Kevin Stefanski Will Improve The Browns’ Offense: Baker Mayfield