Make or Break Year for the Bears in the NFC North

The Bears will have a Quarterback competition this summer with Mitch Trubisky and Nick Foles. Who will step up to the challenge and look to dethrone defending division champs, the Green Bay Packers? 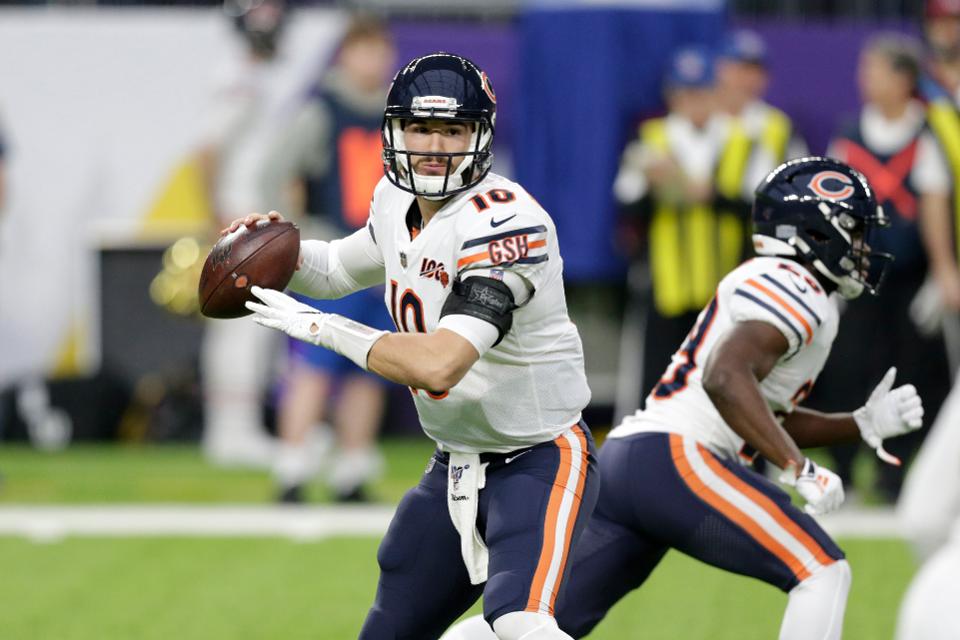 The world is currently a crazy place as we deal with Covid-19 but the NFL offseason has been a small way that fans can get our sports fix. With the major wave over free agency over, we’ve reached one of the best times of the offseason, the NFL Draft!

Each team in the division had major question marks and decisions to be made after the Super Bowl. The Windy City is home to the biggest in 2020. Bears GM Ryan Pace knew he couldn’t go into the season with Mitch Trubisky as the only quarterback capable of starting on the roster. He went out and acquired Nick Foles from the Jaguars, after one year in Jacksonville. Does that make the Bears better at the most important position in all of sports? Remains to be seen, but there were some other options out there, Andy Dalton and Cam Newton.

This is now Foles 6th team since being drafted in 2012, he did have two stints with the Eagles. Is Foles the most successfully journeyman QB? He lead the NFL in passer rating, threw 7 TD’s in one game and made the Pro Bowl, all in 2013. Flash forward to 2017, he took over late in the year for the injured Carson Wentz, who was lost due to injury. That season ended with the Eagles winning the Super Bowl and Foles as the Super Bowl MVP.

The Bears were a playoff caliber team last year and ended the season 8-8. They went out and signed Jimmy Graham, who has seen his production drop the last few years. He isn’t the same tight end that he was with Seattle. Giving $9 million guaranteed just doesn’t seem like the right move, even with a weak tight end class in this years draft. Pairing Robert Quinn with Khalil Mack will give opposing quarterbacks fits. Quinn, 30, does seem like an upgrade over Leonard Floyd, who only produced 18.5 sacks in 4 years with the Bears.

The Bears first pick in the 2020 Draft, doesn’t come until the second round, #43. Help on the offensive side of the ball should be the direction. If GM Ryan Pace wants to save his job this year, it will come down to the play of the quarterback, whoever that may be.

Aaron Rodgers and first year head coach, Matt LeFluer went 13-3 in 2019, losing to the 49ers in the NFC Championship. Coming into the offseason, they needed to upgrade the weapons around Rodgers, and they failed to do so in free agency. No receiver in Green Bay had more than 1000 yards receiving. Davante Adams finished with 997 yards, the next receiver finished with 477. The Packers added Devin Funchess but you can’t expect him to handle a heavy load in the passing game.

Wide Receiver should be the #1 priority in the 2020 Draft. Sitting at pick 30, the first tier of receivers will be gone. However, this is one of the deeper WR drafts since 2014, so there will still be plenty of talent to choose from in either the first or later rounds.

Defensive Coordinator, Mike Pettine, added a familar face on his side of the ball in Christian Kirksey. Kirksey hasn’t been healthy for the last two seasons, but when he is healthy, he can be a productive player. Pettine has turned the Packers defense into one of the better units in the NFL. They finished 9th in total defense last year.

The Packers didn’t do much to improve on their 13 win season, so the race for the NFC North title will be a close one with the Bears and Vikings. As long as Rodgers is behind the center, the Packers will have a chance to compete.

The Vikings lost a boat load of talent this offseason, starting with star wide receiver, Stefon Diggs. Diggs, whose happiness switches on and off like a light, was traded to Buffalo in March for a boat load of draft picks. There will be a glaring hole on the opposite side of Adam Thielen. Laquan Treadwell hasn’t panned out as a first round talent, so you won’t be able to count on him.

The Vikings have two first rounds picks, 22 and 25. Could a receiver be in play at either of the spots?

Also, gone is offensive coordinator, Kevin Stefanski, who was hired by the Browns as their head coach. Gary Kubiak will take over the offense and lead somewhat of similar style that Stefanski did. Use the run to set up the pass. When the run game is working, it will open up the rest of the offense for Kirk Cousins and company. Dalvin Cook burst onto the scene last year with over 1600 total yards of offense. He was the Vikings second leading receiver behind Diggs. They will need to rely on Cook in 2020 and hope that a receiver breaks out to take a little pressure of Thielen.

On the defensive side of the ball, the secondary and lack of pass rush seemed to not be a priority. Everson Griffen was released, but he’s still a free agent with a minimal chance to be re-signed. Corners Trae Waynes and Xavier Rhodes are no longer with the team. The only positive seemed to be franchise tagging premier safety, Anthony Harris. Harris, along with line backer Anthony Barr will lead the defense who finished top 5 last year.

Mike Zimmer is one of the best defensive minded coaches in the NFL. But lacking a pass rush and quality corners is a concern, no matter who is at the helm.

Matt Patricia, a disciple of Bill Belichick, went out and acquired talent he is familiar with from his time in New England. You will see that often in sports with a new regime. But the decision to sign Jamie Collins to a 3yr/$30 million contract is beyond me. Look at the time Jamie spent in Cleveland to see how he fares away from New England. At 27, he was in his prime and the Browns thought they were getting a cornerstone piece on defense. Collins was anything but that and was released even after signing a big extension. Turning 31 in November, Collins will look to be the defensive cornerstone again for Patricia and the Lions. That’s all after the Lions traded away arguably their best player, Darius Slay, and they didn’t get much in return.

Patricia is no doubt on the hot seat, and his rear may be on fire come mid-season. Protecting Stafford should be the number 1 priority, as he missed half the season. The Lions hold the #3 pick this year, so they have options. They could draft Slay’s replacement in Jeff Okudah or a defensive jack of all trades, Isaiah Simmons. Multiple reports have teams inquiring about moving up. The Lions could slide back a few spots and load up on more picks.

I don’t see the Lions competing this year even with a healthy Matthew Stafford. I have a feeling we will be talking about a new head coach come 2021 in Detroit.

Scouting for Browns: Cornerback
Jedrick Wills and Some Thoughts on the First Round of the 2020 NFL Draft