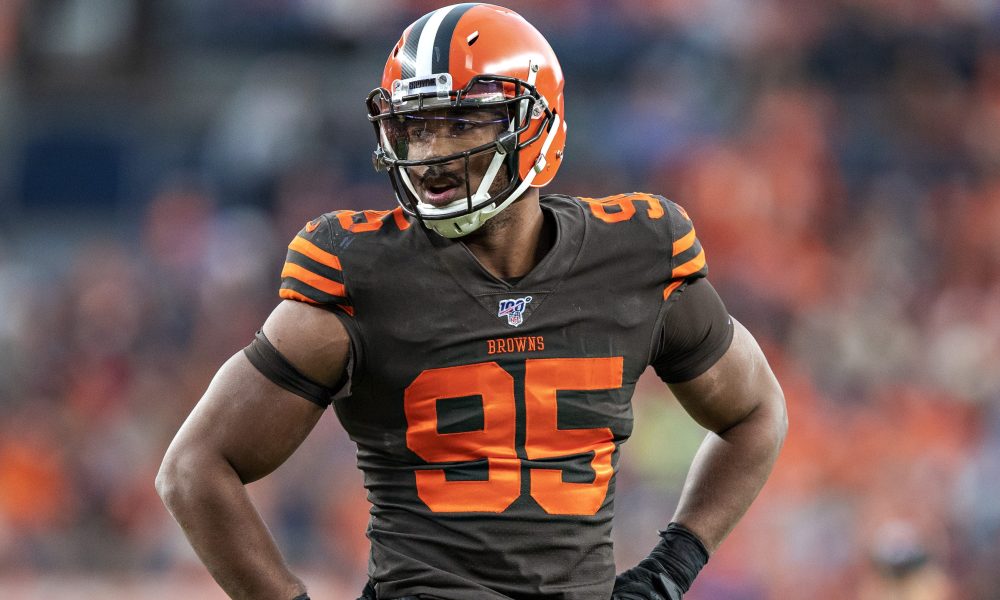 Each week we will be doing a round table with a few contributors of the RealBrownsFans site. This we have Dan Cooksey, Steve Grant and Zack May. If you have any questions you’d like to be answered, comment below or in the forums!

Of the players drafted on day 3, who are you most excited about long term with the Browns?

Dan Cooksey – Long term, it’s Nick Harris. He has the potential to, with combined with JC Tretter, settle the Browns center position for the next 10 to 15 years. He’s a tremendous run blocker who can move extremely well and is nasty at the point of attack, even without a great power base. He needs to really work on his pass blocking so he does not get overwhelmed at times but he has real potential to be an NFL starter for a long time.

Steve Grant – All three picks are great fits and great value, but Bryant is the most likely to stay with the Browns long term. For one, he was picked before the others. Two, he’s a tight end, and we know Stefanski & co love tight ends. Beyond the fact he was the best tight end in College Football last season, his tape looks like a player that can stick around in the league as a pass catcher. How he develops as a blocker will be a key factor here.

Zack May – Who’s not to be excited about. The Browns picked up opportunity on all fronts. But if I have to choose, I think it’s got to be Peoples-Jones… The guy played for a shitty QB, but physically has the tools to play at a pro level.. He arrives with something to prove, which was perhaps the theme of this draft for the Browns.. Runner up is Nick Harris for the giant chip he carries..

Who is one undrafted free agent that fans should look out for?

Dan Cooksey – Solomon Ajayi has NFL bloodlines, is a linebacker and was super productive at Liberty University. He is probably not a great athlete but when he’s on the field he is making tackles. Could be a potential special teams guy who slips onto the roster because he has little competition at linebacker.

Steve Grant – The real AJ Green, CB from Oklahoma State. This was clearly a player the Browns identified, as they were willing to hand him a fairly unprecedented guaranteed salary for an UDFA. The 2019 Thorpe award finalist was a great coverage corner in College and has a real chance to make the final roster.

Andrew Berry has come out and said they view Myles Garrett as a long term piece for this team. Should Myles Garrett be the highest paid pass rusher in the league?

Dan Cooksey – It depends on what happens in his 2020 season. Every year Garrett has been in the league, he’s had something that has made his season just a little underwhelming for what he could do. 2017 he had injuries, 2018 he flat ran out of gas from playing too many snaps, and 2019 saw him lose his mind during a prime time game. He is a game wrecker who can definitely provide the Browns with some real benefit if they end up with more leads than they did in 2019, but he needs to put up a full year of stunning numbers before he can lay claim to the highest paid pass rusher.

Zack May – t’s up to Myles to prove if he should be the highest paid or not. He has more help this year, and hopefully he keeps his helmet on his head.

Should the Browns look at signing another LB before the start of camp? Or are you comfortable with the talent at the position right now?

Dan Cooksey – They definitely need to sign another linebacker. Mack Wilson was a good 5th rounder but not much more than just a guy during his play on the field and he’s the best they have at the position. It should be understood that Berry just came from Philadelphia, a team and organization that simply does not value linebackers as a key component of their team. But they need one sure fire NFL player at the position before the season starts to not give me real concern that they will be going with Mack Wilson and a bunch of unproven or rookies at the position. Nigel Bradham just makes too much sense for the Browns to not get him on the 55 man roster by game 1.

Steve Grant – Nobody should be comfortable with the LB room as it is right now. There is lots of talent, yes, but very little experience and proven ability to play in the NFL. The Browns have likely already looked at who is currently available and must not like their options. Perhaps final roster cuts will create an opportunity here for the Browns.

Zack May – I don’t think we sign a Linebacker just to sign one. We have some young guys, but I think this is about opportunity. If an athletic versatile guy becomes available, you make a move. But if you are not certain it’s a step forward, keep your powder dry. Full disclosure, I think Taki takes a step forward this season.

3 Reasons to be Positive for the Browns
Joe Woods’ Influence in Cleveland: The Series (Part 4)