Safety in Numbers – What’s Up with Browns Safeties? 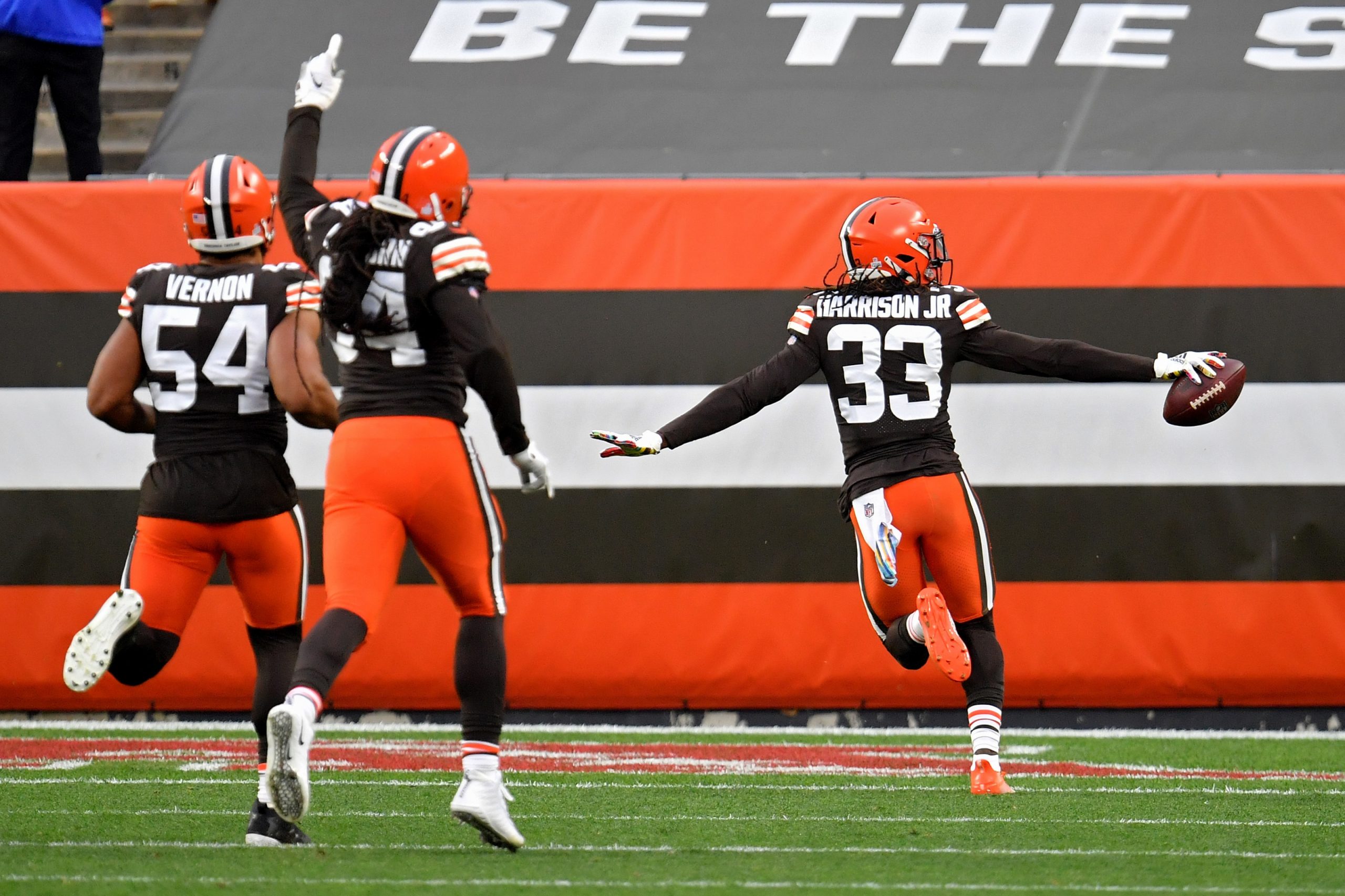 The Browns enter NFL week 7 banged up, abused and used. Baker Mayfield is out against the Broncos tomorrow, on the mend for his torn labrum. D’Earnest Johnson will step into the massive void at running back Kareem Hunt and Nick Chubb left behind. Somehow, the team is still .500 on the season. Among the most concerning issues remains points surrendered against the Chargers and Cardinals. Let’s take a closer look at the state of the safety position.

Shoot for the Stars and Hit the Ceiling

Browns fans had high expectations from the safety group after a troublesome 2020 season. John Johnson III came over from the L.A. Rams to become the leader of the defensive backfield and tenth highest paid safety in the NFL. Johnson called plays like a linebacker for the Rams highest ranked defense in the league. According to PFF, Johnson had earned overall PFF and coverage grades of at least 80.0 in every healthy season he played in the NFL.

At strong safety, Ronnie Harrison was supposed to be among the top half in the NFL. In 13 total games in the Orange and Brown including two playoff games, Harrison established himself to be a force around the line of scrimmage with a good nose for the football. In addition, he ranked as the Pro Football Focus #30 overall safety in the NFL after working his way into the defensive system and poised to break out.

This group wasn’t supposed to be a problem.

So far, John Johnson III has a low PFF ranking of 53.4 and Ronnie Harrison has a rating of 51.6. Those are below starting levels, fueled by giving up a high percentage of receptions to their assigned man. More concerning, opposing quarterbacks own a passer rating well above 100 against them. In run support, they combine for five missed tackles through six games.

Some have suggested JJ3 should be used more along the second level in “the box” as a strong safety. This would mean Harrison plays less in the box. Why isn’t Delpit playing more, allowing Johnson more flexibility in where he lines up? Harrison is weaker in split coverage and a non-starter as single high.

Johnson is a “do it all” safety who can play in the box, split safety in Cover 2 and quarters, and single high in Cover 3. Delpit was drafted with the same physical profile. So far, he has been used closer to the box as the “rover” safety, getting involved in blitz packages as well. If Delpit is healthy, he is the ideal second safety to go with JJ3 over Harrison. The key to changing the success of the Browns zone coverage could be the players on the field.

So as Browns fans clamor for Joe Woods to blitz more often or play more man-to-man, the answer to their defensive woes may be found in the inexperienced safeties pushing their way onto the field in 2021. Woods was quoted after the Chargers loss that he plans to simplify the coverages and pre-snap action. “so we really worked on it this week just in terms of having a tight menu to make sure we can execute.” Woods said to the press. Unfortunately, simplifying alone was not enough against Kyler Murray and the Arizona Cardinals.

Can this be Fixed?

The plan for 2022 could be Harrison moving on with Johnson playing more strong safety or “rover” between the two positions. I have switched from wanting Harrison as a priority free agent in the 2022 off-season to wanting him to walk. That doesn’t mean he is a bad fit right now as the young players bounce back from severe injuries.

We don’t know how Delpit and LeCounte’s health status influences playing time. Delpit seems to be on a snap count coming off surgery in the offseason. Lacounte is both a rookie and coming off a serious scooter accident that caused him to fall to the fifth round.

Do you leave Ronnie Harrison off the field, or do you figure out how to get both of your healthy safeties in their prime on the field? The answer right now is Johnson playing free safety and Harrison manning the strong, but I look to the safety room as a key category for turning around the pass defense in coverage responsibilities and playing time. Delpit and LeCounte have a high ceiling as pass defenders that Harrison does not possess.

The lines keep moving in the Broncos favor in Las Vegas, but the Browns remain a slim favorite. Keep an eye on the snap counts for Ronnie Harrison and Grant Delpit as Joe Woods looks to solidify the coverage unit at home Thursday night.