With what they have invested into the cornerback position, it is unlikely the Browns go corner early and often. 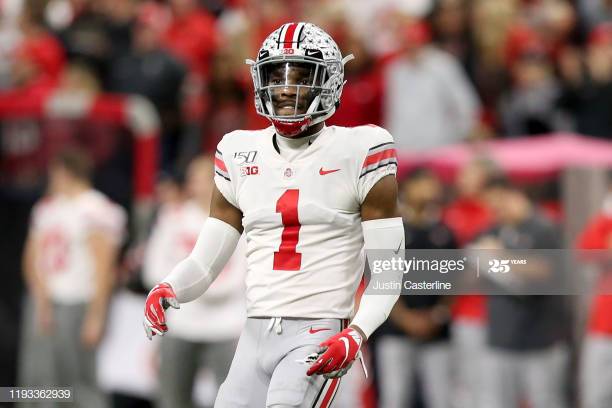 INDIANAPOLIS, INDIANA - DECEMBER 07: Jeff Okudah #01 of the Ohio State Buckeyes in action in the Big Ten Championship game against the Wisconsin Badgers at Lucas Oil Stadium on December 07, 2019 in Indianapolis, Indiana. (Photo by Justin Casterline/Getty Images)
Prev1 of 12Next
Use your ← → (arrow) keys to browse

In anticipation for the upcoming 2020 NFL Draft for the Cleveland Browns, we at RealBrownsFans.com will dedicate a series of draft articles that focus on specific position groups, on the players and their strengths, and more importantly how they fit with the Browns. This can give fans a general idea of how talented the upcoming draft class is and how we can expect these players to fit on the Browns.

The Browns have played around with their cornerback room already this year, releasing of T. J. Carrie. With what they have invested into the backfield, it is unlikely the Browns go corner early and often. However, with a new regime in place, anything could happen depending on their views on Greedy Williams and Terrance Mitchell. All testing numbers were used via Mockdraftable and Relative Athletic Scores both are highly recommended if you are looking for more testing numbers past and present.

Check out our other series on EDGE, Safety,Off Ball Linebacker, and Interior Defensive Linemen!

Scouting for Browns: Interior Defensive Linemen
Make or Break Year for the Bears in the NFC North