The Browns enter week 4 with a chance to have their best record since 2001. Can they stop the Dallas offense, though? 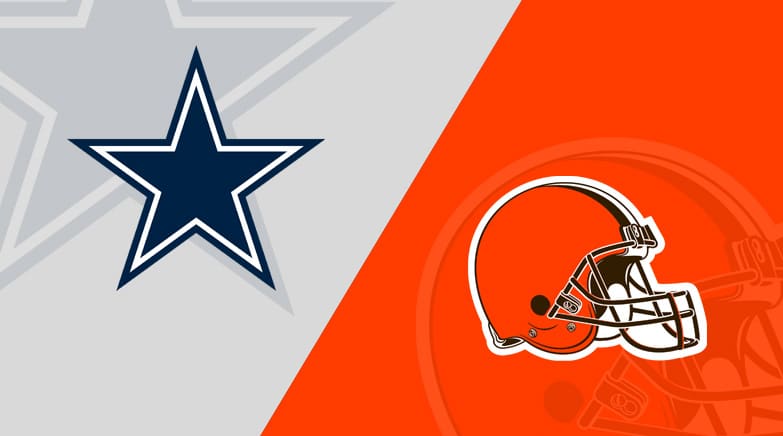 25th on Offense, 8th on Defense, 28th on Special Teams

When the Browns have the Ball

The Dallas defense is very bad on the final level of defense. Their best player in their secondary is rookie Trevon Diggs, a player that we at RBF scouted during the draft season. Diggs, unfortunately, has been more up and down than anything else for Dallas and is a microcosm of their entire defensive backfield. Dallas is currently ranked 24th in pass defense in DVOA and they live up to that ranking. The Browns need to attack the Cowboys secondary if they want to stay competitive with the Cowboys offense.

Dallas has been inconsistent defending the running game, as they rank 15th in rush defense. They have suffered major losses at linebacker, losing star but oft injured linebacker Leighton Vander Esch and veteran Sean Lee. While Jaylon Smith can come down hill and make plays, he struggles against misdirection due to his knee issues. Linebacker Joe Thomas (no relation I suspect to the Browns legend) has been solid. The Browns should focus a large part of their running game to be misdirection, to take advantage of their lack of mobility and the Browns great ability at pulling linemen.

The strength on strength matchup here is the Browns offensive line vs the Cowboys defensive line. Aldon Smith, having not played a down of football since 2017, has revived his career and is currently leading the NFL in sacks with 4 so far this season. DeMarcus Lawrence occupies the other end, and has been injury plagued so far this season. Still, it is pivotal that the Browns slow these two ends down and don’t allow them to dominate the game. The interior of the Cowboys line is led by Dontari Poe, but he has been mostly average so far this year. The Browns interior offensive line should win the day.

When the Cowboys have the Ball

The Cowboys have one of the most explosive offenses in the NFL, headlined by quarterback Dak Prescott. The impending free agent, Dak is the 8th highest rated passer by DVOA and 9th by QBR. Dak has already amassed impressive stat lines, with 1103 yards, 5 touchdowns and 2 picks. The Browns must do a good job of covering at all levels of the field against Dak, who has mobility as well but is much more dangerous with his arm.

The Cowboys have a trio of wide receivers that are the envy of nearly every NFL team. Amari Cooper, CeeDee Lamb and Michael Gallup can beat any team at any level at any point in the game. Lamb has taken like a duck to water in the Cowboys offense and provided great ability out of the slot. Gallup is an explosive player who thrives on deep passes from Dak and can break a game open at any time. Cooper, the veteran and swiss army knife of the corps, can beat teams at any level of the defense.

Then, of course as most Buckeye fans would know, the Cowboys boast having one of the best running backs in the NFL with Ezekiel Elliott. While Elliott has not been great so far this year, the Browns must stay focused on Elliott, as he can break a game open at any moment. Zeke is also a threat to make a play in the passing game, a known weakness for the Browns defense and could be a thorn in the side of coordinator Joe Woods all game.

The weak area for the Cowboys is definitely the offensive line. Although it seems the Cowboys will get a huge boost from getting Tyron Smith back, the rest of the Cowboys offensive line has been very weak. Zack Martin is a great player, who will likely return to right guard after moving to RT the last game. Joe Looney is likely to be the center, although he is mostly unspectacular and more average than anything else. The biggest problems for the Cowboys reside at LG and RT, where Connor Williams and Terrance Steele reside. The Browns must take advantage of these two lesser players and attack them with Myles and Sheldon Richardson if they hope to short circuit the Cowboys offense.