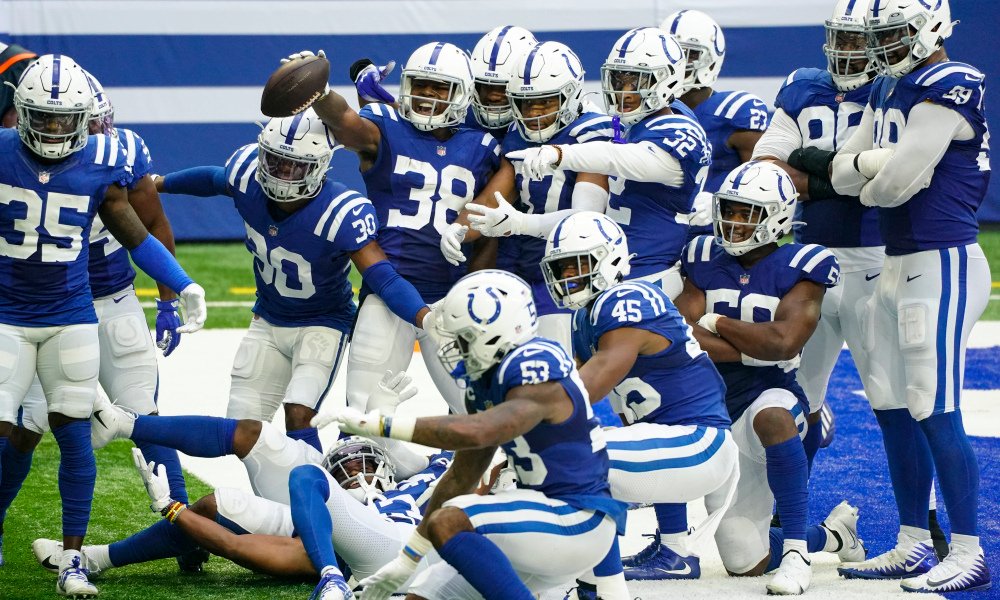 The Colts defense celebrates one of the many turnovers they have forced this season - Credit: AJ Mast, AP

It’s Week 5 as the Indianapolis Colts visit the Cleveland Browns in a battle of two 3-1 teams, both riding 3-game winning streaks, vying for AFC playoff contention.

Let’s take a look at both sides of the ball for the Colts and how the Browns match up.

There is a new sheriff in town as this season’s Colts offense is led by longtime Chargers quarterback, notorious trash talker, and bolo tie model Philip Rivers. Since their Week 1 loss to Jacksonville, Frank Reich has not asked Rivers to do too much in the air. Over the Colts 3-game winning streak against the Vikings, Jets, and Bears, Rivers is averaging only 207 passing yards per game. Due to the more conservative passing attack, Rivers has only thrown one interception over that span; this is a far cry from last year’s turnover plagued campaign with the Chargers. The Colts offensive line has played their part as well and have been particularly excellent in pass protection this year. The Colts only gave up one sack last week against a stout Bears defense littered with pass rushers. This is especially impressive considering Rivers’ lack of mobility and escapability at this point in his career.

In lieu of a high-volume aerial attack, the Colts instead rely heavily on the run game. They currently have the 5th most rushing attempts in the league. Unfortunately for Indianapolis, despite the high volume of rushes they are 32nd in the league in yard per rushing attempt. Hopefully these numbers do not make the Browns too comfortable. Rookie RB Jonathan Taylor is a talented runner, and third year RB Nyheim Hines is a pass-catching threat out of the backfield. The Colts offensive line is also a very strong group led by All-Pro OG Quenton Nelson even if veteran LT Anthony Costanzo is unable to suit up due to injury. They will surely challenge the Browns’ defense up front.

The Colts’ early season success is mostly attributed to their stellar, arguably league-best, defense. The Colts defense has allowed the fewest passing yards per game and 4th fewest rushing yards per game so far this year. They are a stingy bunch led by stars at every level including DeForest Buckner up front, Darius Leonard in the middle, and Xavier Rhodes in the secondary.

Injuries may play a factor with this group on Sunday afternoon, however. Linebackers Darius Leonard and Bobby Okereke are both questionable to suit up. This could provide an opportunity for more success in the run game for the Browns despite Nick Chubb’s absence.

Sunday’s game between the Colts and Browns will be an intriguing matchup of strength versus strength. The league’s top rush defense against the league’s top rushing attack will be a treat to watch for NFL fans who love trench warfare. During each team’s winning streak, neither respective quarterback has been asked to shoulder too much of the offensive burden. In this matchup, however, the game will likely come down to which signal-caller is able to make key plays with his arm without committing costly turnovers.

Neither of these 3-1 clubs has faced a particularly tough schedule to this point in the season. This Week 5 tussle will go a long way to one of these teams gaining credibility as a true contender among their NFL peers. I expect a low-scoring, tight, old school type of game decided by the big boys up front. At the end of the day I expect Baker Mayfield will make just enough plays with his arm to outlast the tough Colts.