The AFC South is a “what the hell are most of these teams doing” division. These teams either were initially built incorrectly and are trying to start a rebuild; were built correctly, found success, ultimately failed, and are trying to rebuild; found success but have reached their ceiling; or found success but still lack playmakers at crucial positions. I.E., every team in the division has made a key teambuilding mistake. Consequently, it is a division with important lessons for the Browns, but also one that is not unique. General managers are fighting for their jobs every season, and as a result, they operate in the short-term. Thus, the AFC South is filled with cautionary tales, especially if the Browns ever forego a long-term vision. 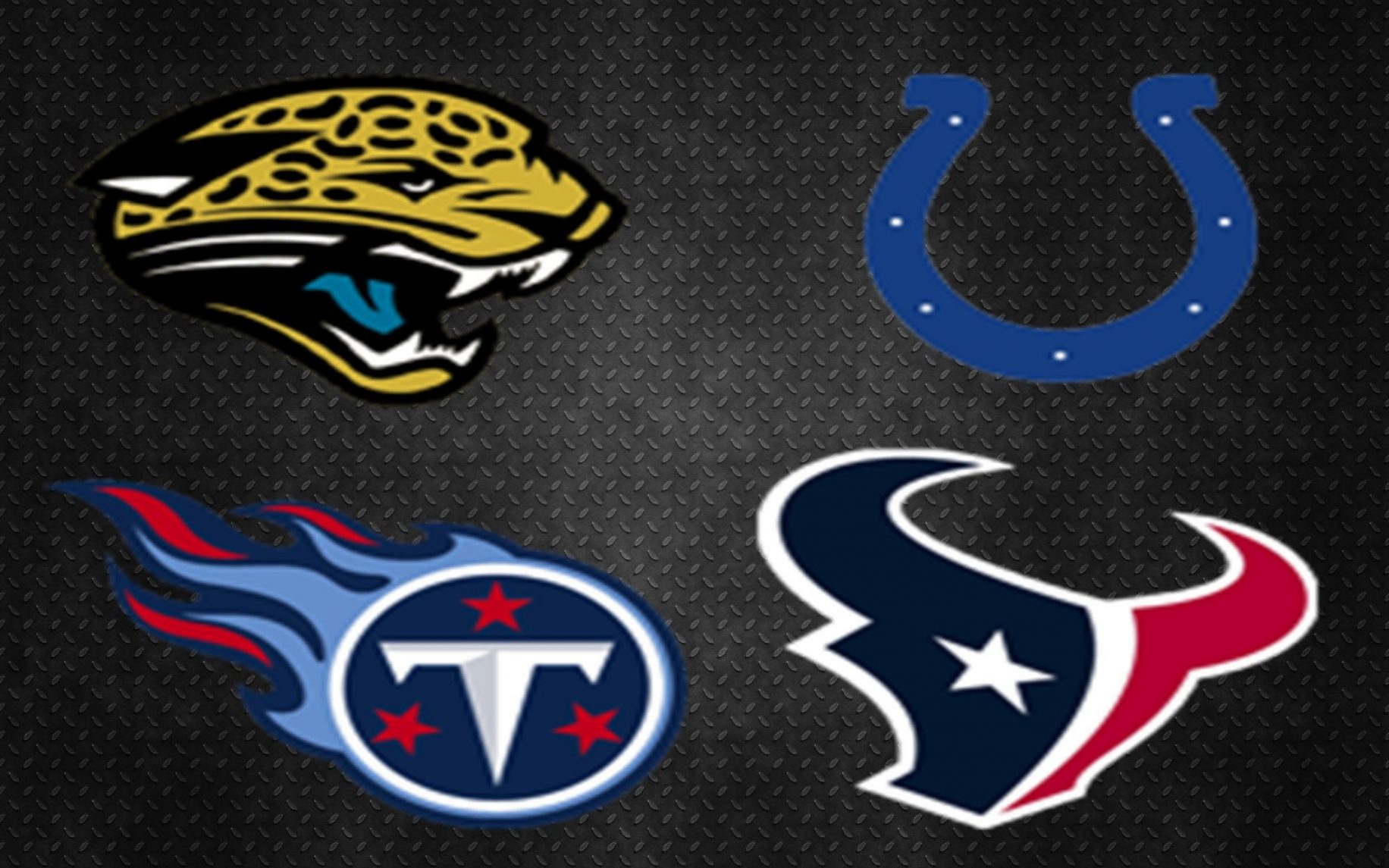 The AFC South is a “what the hell are most of these teams doing” division. These teams either were initially built incorrectly and are trying to start a rebuild; were built correctly, found success, ultimately failed, and are trying to rebuild; found success but have reached their ceiling, or found success but still lack playmakers at crucial positions. I.E., every team in the division has made a key teambuilding mistake. Consequently, it is a division with important lessons for the Browns, but also one that is not unique. General managers are fighting for their jobs every season, and as a result, they operate in the short-term. Thus, the AFC South is filled with cautionary tales, especially if the Browns ever forego a long-term vision.

By all accounts, Bill O’Brien is a contemporary football mind, believes in the power of quantitative data, and understands how to scheme advantages for his offensive players. In fact, as a coach, O’Brien has been successful.

The problem is that he also is Houston’s general manager.

The second problem is that he is easily one of the worst general managers in the NFL.

But, it still came as a surprise when O’Brien trade DeAndre Hopkins and a fourth-round pick. Especially when the return was David Johnson, a second-round pick, and late draft compensation. Trading one of the NFL’s best receivers and a middle-round pick for a second-rounder and a runningback is maddening. I was hard-pressed to find anyone who believes this trade helps Houston. The “number nerds” and “football guys” agree. So why make it?

A few things are clear: DeAndre Hopkins was not happy playing for Bill O’Brien; the Texans hit a ceiling and needed to retool; the Texans’ running game has been mediocre for years; and the Texans had three outstanding receivers in Hopkins, Will Fuller, and Kenny Stills. Theoretically, this trade removes a locker-room malcontent, provides Houston with an asset, and improves their running game.

Nonetheless, this trade underestimates the value of an “x-receiver”. It also prioritizes both an above-average coach and mediocre runningback over a generational receiver, and does not add valuable assets.

The Texans also need at least one edge rusher, one depth corner, one depth safety, two linebackers, and another defensive lineman.The team lacks an adequate pass-rush and, even with the return of cornerback Bradley Roby, the Texans do not necessarily scare teams with their talent in coverage.

During 2019, PFF ranked the Texans 24th in overall defense and 28th in coverage, while Football Outsiders ranked them as having the 26th worst defense in the NFL. The Texans have two second-round picks, one third, fourth, and fifth-round pick, and three seventh-round picks. It is unclear if these will solve all of their problems, however.

Overall, assuming Houston drafts well, improves on defense, and maintains last season’s offensive production, the Texans still max-out as an average team. Last season, 11 out of Houston’s 16 games ended with a score differential of seven points or less, and they went 8-3 in those games. Variance suggests the team regresses overall. I also believe that the team is less-talented than when they were eliminated in the playoffs.

No team can be as bad as the Texans, right? Well, Houston, Jacksonville says hello.

In 2017, the Jaguars made the AFC Championship game. The team had an elite defense led by the best coverage unit in football. Their offense relied on a strong running game and young talent. Yet, like is the case with most teams reliant on defense and running, variance struck back.

Countless statistical studies show that good defenses are less reliable – game-to-game and year-to-year – than good offenses. For example, the most consistent defensive year-to-year metric is sacks, with an r-squared of .21. That means the average team’s sacks in the first year predict 21% of their sacks in the second. For a sport that is inherently unpredictable, significant year-to-year variance on one side of the ball promises less-than-promising results.

Enter the Jaguars. Over the past season, the team has traded its two starting cornerbacks (Jalen Ramsay and A.J. Bouye), second-best pass rusher (Calais Campbell), are in talks to trade its best pass rusher (Yannick Ngakoue), lost starting linebackers Paul Posluszny and Telvin Smith, and never solved issues on the defensive line nor with its inside linebackers.

Since free agency began, the Jaguars have brought in beloved former-Brown Joe Schobert and cornerback Darqueze Dennard. These signings are puzzling, though, because neither fills the team’s largest holes. These include starting cornerback, linebacker, and nose tackle, as well as more depth in all three levels of the defense.

But what about the offense?

If there is anything to make Jacksonville’s defensive rebuild look worse, it is their inability to build an offensive. The team prioritizes a power running game, has one quality wide receiver, no legitimate tight ends, and is admitting the “pay-Nick-Foles-a-lot-of-money-to-be-a-good-team-leader” experiment failed by handing the reigns over to second-year mustached quarterback – Gardner Minshew.

Still, the Jaguars have two first-round picks and a total of nine picks in the first five rounds, and thirteen total draft choices. Ideally, the complete lack of talent on the Jaguars will be aided by this large selection of draft choices and a poor 2020 record.

The Indianapolis Colts finished the 2018 season with nothing but optimism. The team had solved its pass protection woes. Frank Reich looked like the coach they had been waiting for and Matt Eberflus found a way to have his untalented defense overperform. Most importantly, Andrew Luck returned. That was until, during the third preseason game, the Colts’ quarterback abruptly retired. This resulted in Indianapolis placing the team’s future in career-backup Jacoby Brissett. This decision failed and the Colts sputtered to a 7-9 record.

Frank Reich and his staff believe that the key problem the Colts faced in 2019 stems from the quarterback position. According to The Athletic, “Reich and his staff keep detailed breakdowns of their weekly performance against opponents in several categories they deem critical to winning. If the Colts win all or most of these categories, they find that their odds of victory are overwhelming. In many games, particularly late in the season, one category consistently reflected an imbalance. The ledger showed opponents with more big plays than the Colts and the discrepancy proved problematic.”

This is not unreasonable. For the majority of the season, the Colts quarterback was Jacoby Brissett. Brissett averaged 6.6 yards per attempt, fifth-lowest amongst quarterbacks that took at least 50% of their team’s snaps. And he averaged a completion percentage four percentage points below where one would expect based on his average depth of target. At best, Brissett was mediocre.

Consequently, the team entered the 2020 offseason with a bang and opted to sign Chargers’ veteran Philip Rivers. Rivers has long been a “no risk it, no biscuit” quarterback that, by many statistical measures, ranks as one of the 20-best in history. While Rivers clearly regressed in 2019, the Colts hope by putting him in front of a substantially better offensive line and a playcaller who focuses on the short and intermediate ranges of the field, that the veteran quarterback will perform much better during the 2020 season.

The problem is that assuming any quarterback will guarantee you more “big plays” is a fools’ errand. Big plays are a function of statistical variance and quarterbacks tend to hit an “age cliff” from which they historically do not recover. This means it is unlikely Philip Rivers reverts to his 2018 numbers. Further, it is even less likely that he can rejuvenate this Colts team by himself.

Nonetheless, the Colts are indeed attempting to go “all-in.” They traded a first-round pick for 49ers pass-rushing specialist, DeForest Buckner. The team’s only other needs being depth on the offensive and defensive lines, a tight-end, and finding a potential “x-receiver.” Thus, while the Rivers addition may not provide massive value, it is possible that a weak division and another year of development, result in the Colts winning the AFC South.

The Tennessee Titans were far-and-away the most impressive AFC South team in 2019. They reached the AFC Championship game, put Ryan Tannehill in a system where he could become a franchise quarterback, held an elite pass-coverage unit, and showcased the most dominant runningback in the NFL. On the surface, given the weaknesses throughout the AFC South, there is little reason to believe the Titans should not win their division.

This is even true when considering their losses in free agency. The Titans salary-dumped their best pass-rusher (Jurrell Casey and moved-on from veterans Delanie Walker and Cameron Wake. Yet, Walker and Wake are declining veterans. Furthermore, Jeffery Simmons should modestly replace Casey as the team’s three-technique defensive tackle.

Moreover, the team signed Ryan Tannehill to a massive contract, something that is wrongly criticized. It is fair to note that Tannehill is not an elite quarterback, at least as far as athletic traits are concerned; however, since entering Arthur Smith’s variation of Shanahan’s “outside zone” scheme, Tannehill is utilizing more play-action and deep throws than ever before. This resulted in Tannehill becoming one of the most efficient NFL quarterbacks during the 2019 season. Thus, while it is likely that Tannehill mildly regresses, the Titans’ offense should still prove difficult to stop in 2020.

If the offense and defense have not lost talent and do not seriously regress, then why should anyone worry about the Titans? After all, between stud runningback Derrick Henry, a coverage unit that let them beat the Texans and Ravens, and consistency, the team should continue to be effective.

Nonetheless, the team has also hit its ceiling, at least as far as talent accumulation is concerned. The Titans have eight holes to fill, but none are necessarily pressing. They need a starting 4/5-technique interior defensive linemen, a blocking tight end, potentially a slot corner (depending on Logan Ryan’s future), and backups at runningback, wide-receiver, and quarterback. None of these positions, even combined, produce a large positive impact.

Therefore, while I still predict the Titans to win the AFC South and make noise in the playoffs, it is also possible that they never perform as well as during the 2019 playoffs.

Overall, all four AFC South teams present lessons for the Browns. Cleveland needs to stick with the long-term plan of its new front office. They seemingly are made up of intelligent football minds, quantitative analysts, and coaches who use systems that put their players in the best positions to succeed.