Week 14 is nearly over, with the final game to be played tonight on Monday Night Football between the Baltimore Ravens vs the Cleveland Browns. Both teams are in the playoff hunt but in very different positions. 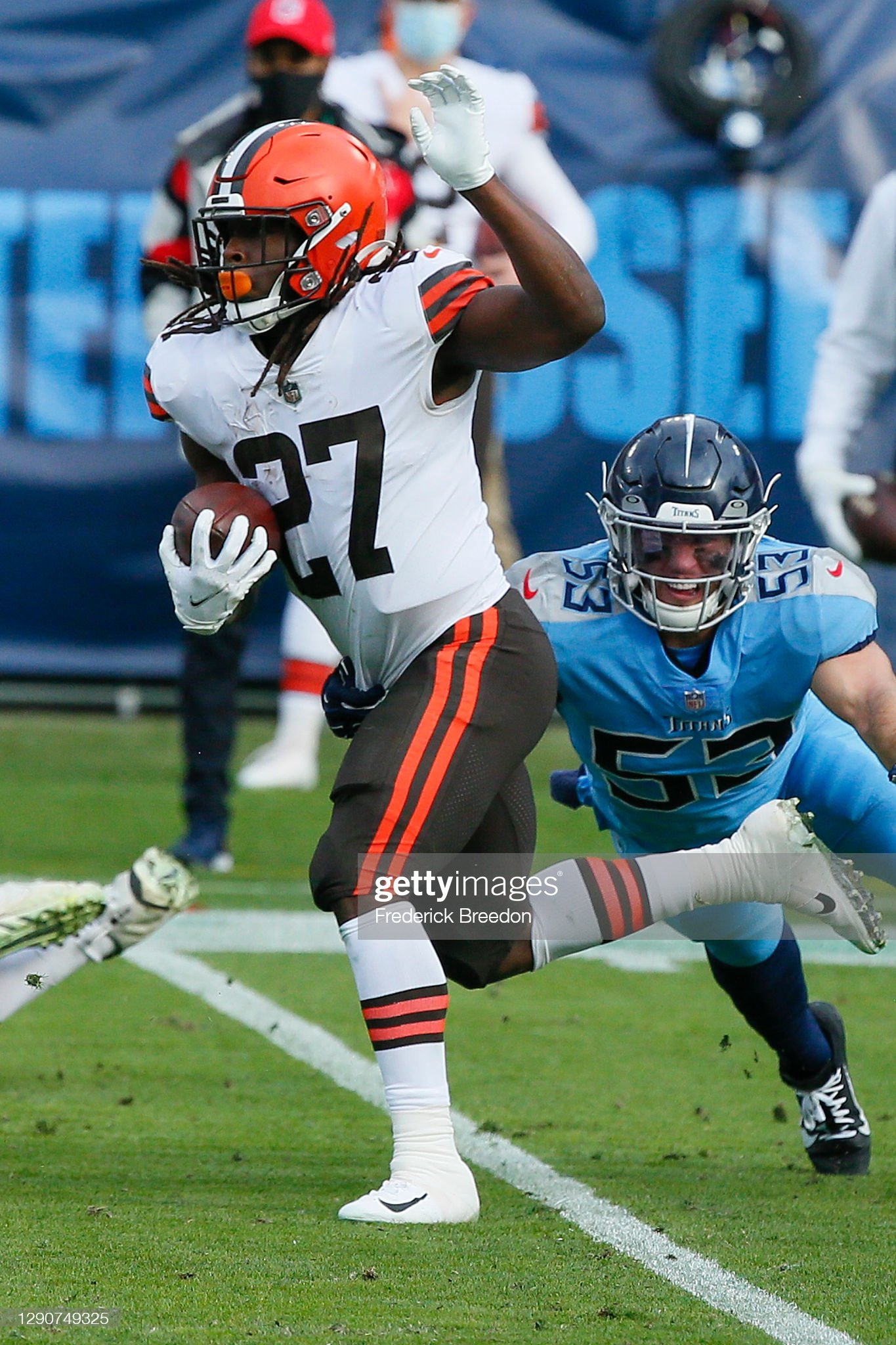 Week 14 is nearly over, with the final game to be played tonight on Monday Night Football between the Baltimore Ravens vs the Cleveland Browns. Both teams are in the playoff hunt but in very different positions. What will week 14 hold for the Browns? See what our writers thoughts are about Monday Night Football.

1) How different are the Browns, both offensively and defensively, from week 1 against the Ravens?

Heading into week 1, we were coming in with a first time head coach, new systems on both offense and defense, a young team coming off a disaster of a season, and no true offseason due to COVID. We were, expectedly, bad. Since then, not only have we improved and grown as you’d expect a team dealing with those circumstances to grow, but we’ve exceeded those expectations. Baker has grown as a QB, and our team has grown with something we’re not used to in Cleveland–good, positive coaching.

On defense, it’s more of the same. As our team has gotten more used to playing in Joe Woods’s scheme, we’ve gotten better. I expect this to be one of our worst defensive games of the past few weeks, because the Ravens are so different due to Lamar. He puts pressure on schemes that nobody else in the league can. I still have flashbacks to Vernon not maintaining edge discipline and letting Lamar get around the edge in the beginning of game 1. I hope we don’t see that again. If we don’t make glaring, stupid mistakes at the edges or at safety, that’ll be a huge victory for us.

Schematically, the Browns aren’t really different at all. But players on both sides of the ball are clearly more comfortable in new systems now than they were in week 1, which was more like a preseason for us given the new coaching staff. Players across the board are executing at a higher level.

I think this is a completely different team. Week 1, coming off no pre-season games, a new coach, new GM, all that. This team needed time to get used to a new system and their new coach. Flash forward to Week 14 and they have gelled as a unit. They are confident, talented and, for the first time in like a decade, well coached and prepared for every game.

One cannot understate how important Coach Stef has been. The stability and competence has had a night and day affect on this team.

2) Who is your ideal NFL Playoff opponent for the Browns in the AFC?

I could care less who we’re matched up against. Ideally, I’d like to not face the Chiefs, and then I’d like to not face a team we’ve already played. I think that the Browns are legitimately good, and can beat anyone in the AFC outside of KC right now. I also believe that in the NFL, the more you play a team, the more equal the game becomes. But hey, let’s follow our QB’s example and hang some dong. Give me Pittsburgh in round 1. Nothing would be sweeter than beating them in week 17 and then knocking them out of the playoffs the following week.

There’s still a lot up in there air as far as playoff seeding goes. Realistically, Pittsburgh should have the AFC North won. So, ideally, the Browns keep the top wild card spot and face the worst division winner (Titans/Colts or Bills).

Anyone but the Chiefs. I think the Browns are arguably the second best team in the AFC right now. And that means they should fear no team except the Chiefs. The Steelers are playing like shit, they handled the Titans, Colts and Bills.

I think they’d rather see the Bills to be honest. Great D, but that offense struggles at times. Shut down the run and then force Allen to make throws.

3) Rashard Higgins is reportedly in contact extension talks with the Browns. Do you expect the contract to be sizeable?

I can’t imagine it would be. I could see it being similar to the deal the Browns gave Carlos Hyde a couple years ago: 3 years, $15 million with only one year of guaranteed money.

No. Not so long as OBJ and Landry are on the team. He should get what he’s worth, which is a moderate salary balanced with some good incentives for performance.

4) Browns vs Ravens pt 2, Ravens season may be on the line. Who wins?

I think the easy answer is the Browns. I think we’re the better team right now, with the better coaching and the better QB. However, the Clevelander in me says this is a game where the refs screw us repeatedly and we end up losing in a close game, similar to Seattle last year.

The Browns make it a split for the 3rd straight season.

The Browns need to win this game, not only because it seals the playoff deal, but also because they need to exorcise that Week 1 performance. The Browns should absolutely win this game. The Ravens have been fading as teams have figured out Lamar Jackson. The Ravens D is banged up and they should be punched in the mouth early and often with a heavy dose of Chubb N’ Hunt.

Of course, the Browns sometimes play inexplicably bad, but I think this team is up and ready for this game. It is a big rivalry game that means a lot to Clevelanders and they are aware of the spotlight. They should win this by a couple touchdowns.