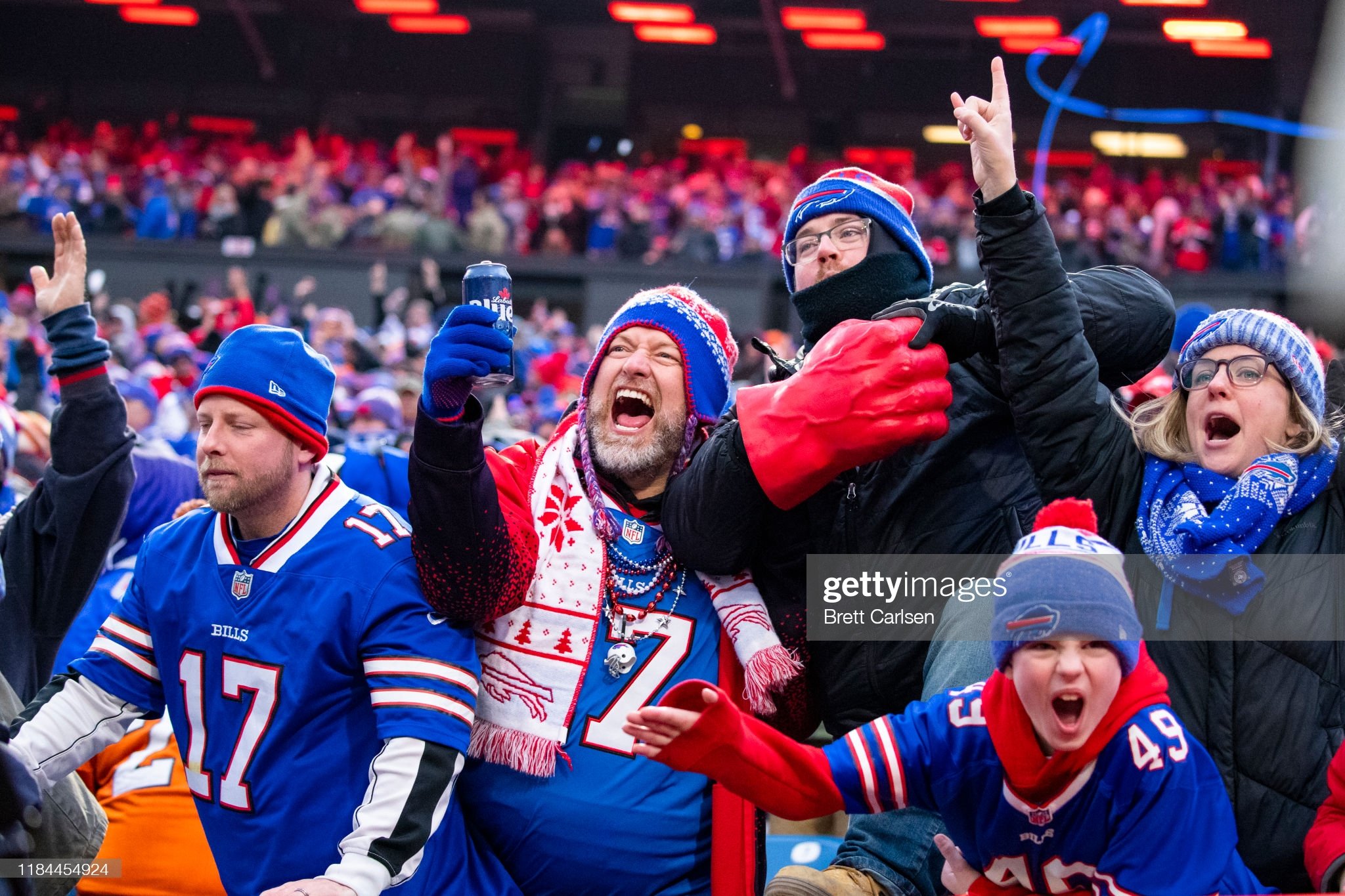 The AFC East has been the division of Brady and Belichick for nearly 20 years, where you could set your calendar to when the Patriots would clinch the division. However, 2020 saw an inversion of history with the Buffalo Bills overthrowing the New England Patriots from their throne. Meanwhile, the Dolphins were in the midst of a playoff run until Brian Flores played hot potato at QB and their defense imploded in a key game. And lest we forget, the Jets, who have seen the hated Adam Gase leave in favor of former 49ers DC and good friend of Joe Woods, Robert Salah. What exactly does the AFC East have in store for NFL fans in 2021? Let’s take a look.

NFL MVP nominee in 2020, Josh Allen looks to lead his team further than just the AFC Championship game this year. Josh Allen showed incredible improvement in 2020, becoming a runner up for the NFL MVP while showing great accuracy and minimized dumb mimstakes. The problem with Allen was never arm talent, but with his major accuracy issues and making dumb mistakes. If Allen continues to show great accuracy and continues to cut out the mistakes, he will be an MVP candidate again in 2021.

While not much has changed for their offense in 2021, they did add a key piece in Emmanuel Sanders. Replacing deep threat specialist John Brown, Emmanuel Sanders will be counted on to offer the same deep threat but also other dimensions to the field. The Bills also have Stephon Diggs, who looked every bit a #1 WR in 2020, and Cole Beasley, an elite slot WR. There is no escaping the fact the Bills have an elite passing game. They don’t run a lot, and for good reason since they don’t have the talent to do it.

But what of the Bills defense, a disappointing group in 2020? Well, they invested a lot in trying to find a pass rush through the draft, drafting Gregory Rousseau out of Miami, and Carlos “Boogie” Basham in the first two rounds. The Bills need a pass rush so that they key players in the back 7 have time to make plays.

The Bills still have great linebackers with Matt Milano and Tremaine Edmunds, a top corner in Tre’ White and an underrated safety duo in Jordan Poyer and Micah Hyde. McDermott, whose specialty is on the defensive side of the ball, has to feel good about his defense in 2021. If the Bills get even a marginal pass rush from their young DE’s (Including top pick in 2020 AJ Epenesa) then they may very well be feeling Super in 2022.

Tua Tagoviolia and the Miami Dolphins are at what should be their apex of their rebuild. They have drafted a lot of players over the past 3 years, and now it’s time to see the fruits of their labor. Starting with Tua, the Dolphins hope that Tua takes a leap in his 2nd year and becomes the franchise guy in 2021. Tua was up and down in his first action last year, and was constantly subbed off and on the field for Ryan Fitzpatrick. With Fitzpatrick gone, it’s now time for Tua to take the reins and lead the team.

The Dolphins also hope that 2021 1st rounder Jalen Waddel will help Tua achieve the heights he saw at Alabama, along with new WR Will Fuller. Along with a trend going on in the AFC East at the moment, the Dolphins do not run the ball particularly well and must hope their passing game can be elite when they need it to be. Unfortunately, their offensive line has been downright awful and they are relying on Austin Jackson to make a big leap or the struggles may continue.

On defense, Brian Flores brings the uniqueness of a Patriots defense to Miami. They boast great cornerbacks in Miami and have long time Patriots safety Jason McCourty to add to Byron Jones and Xavien Howard. While the linebackers aren’t full of big names, they are effective in what they do, especially Van Ginkel, who is an underrated guy. The big question is will former Brown Emmanuel Ogbah have another big year for the Dolphins? Without him, the Dolphins have a deafening lack of pass rush from their front 7.

The Dolphins will lean on their defense and hope their passing game is enough to make the playoffs in 2021.

Where to start with the New England Patriots? Bill Belicheck made wide sweeping changes in hoping to change their fortunes after a Tom Brady-less 2020. Starting with the QB, Mac Jones looks likely to be the week one starter after Cam Newton has looked ineffective and had COVID issues in pre season (and in 2020). With Jones at QB, the Patriots looks might different than the Bills and Dolphins, who rely on their passing game to score. The Patriots traded Sony Michel, but Damien Harris should be more than enough, along with James White and others to grind teams down. The Patriots did trade for Trent Brown and get Shaq Mason back this year to create a good line in front of whomever starts in 2021.

The biggest changes come at TE and WR, where the Patriots invested heavily into Hunter Henry and Jonnu Smith. Rarely do teams invest money that heavily into TE, but the Patriots offense under McDaniels works much better with two good tight ends, and that’s exactly what they have now. The Patriots also spent to get in Kendrick Bourne and Nelson Agholor to bring some speed to their WR. N’Keal Henry has looked disappointing in his first few years in the league and may be fighting for an NFL career at this point.

On defense, the changes didn’t stop coming. Coming back is Dont’e Hightower, maybe the best linebacker in the NFL, Kyle Van Noy, who left for Miami but came back this off season, and Stephon Gilmore, who was rumored to be a trade candidate but the Patriots thinking better of trading an elite corner like Gilmore.

The Patriots also spent money for Matt Judon, who comes from Baltimore, to improve their pass rush. They are hoping Judon, Hightower, Van Noy and Gilmore will bring the Patriots back from the precipice of mediocrity the Patriots were on after the 2020 season.

Free from the grasp of Adam Gase, the New York Jets and Robert Salah are looking at a season of firsts and youth. With 2nd overall pick Zach Wilson on board, the Jets hope they have a special passing game in the future. While Wilson adjusts to the NFL, they hope to see flashes of his impressive arm talent that was on display at BYU last year. The Jets wasted no time in giving Wilson weapons, adding Corey Davis and Keelan Cole in free agency, and Elijah Moore in the draft. Along with Jamison Crowder, they hope that the passing weapons will be enough for Zach Wilson to show glimpses of what he could become.

New York is the land of skyscrapers, and there is no player in the NFL who resembles large, tall buildings quite like Mekhi Becton.The 2nd year LT showed off his freaky athletic and physical traits last year and hope the LT will continue his rise to protect Wilson in 2021. Joining Becton is new LG Alijah Vera-Tucker, a mean, nasty guard from USC, and Morgan Moses at RT, who joins from WFT. The Jets hope this will be enough to keep Wilson upright in 2021 and allow him the time to launch the passes he was used to throwing at BYU.

The Jets invested a lot in Carl Lawson, who joined from the Bengals on a big contract, but lost the pass rusher to a torn achilles. The Jets now have to hope for a group effort led by Quinnen Williams, the former first round pick out of Alabama. Robert Salah has been known to get a lot out of his pass rush, and the Jets need it as they do not have the overwhelming talent the 49ers did for Salah.

Returning for the Jets this year, though, is CJ Mosley. The big free agent signing from Baltimore, Mosley was thought to be one of the best off ball linebackers in the NFL when he signed. Having been injured, the Jets hope he can regain his form in 2021. The Jets also have to hope that Marcus Maye will lead the secondary full of 2nd year players to a big improvement. The Jets also need to hope they can convince Maye to sign a contract, but that appears unlikely. Robert Salah will need to work his magic to change the Jets secondary of no names into a good unit. Regardless, this looks to be year one of the rebuild, but Salah seems to be up for the challenge and willing to face it head on.