The Browns is the Browns 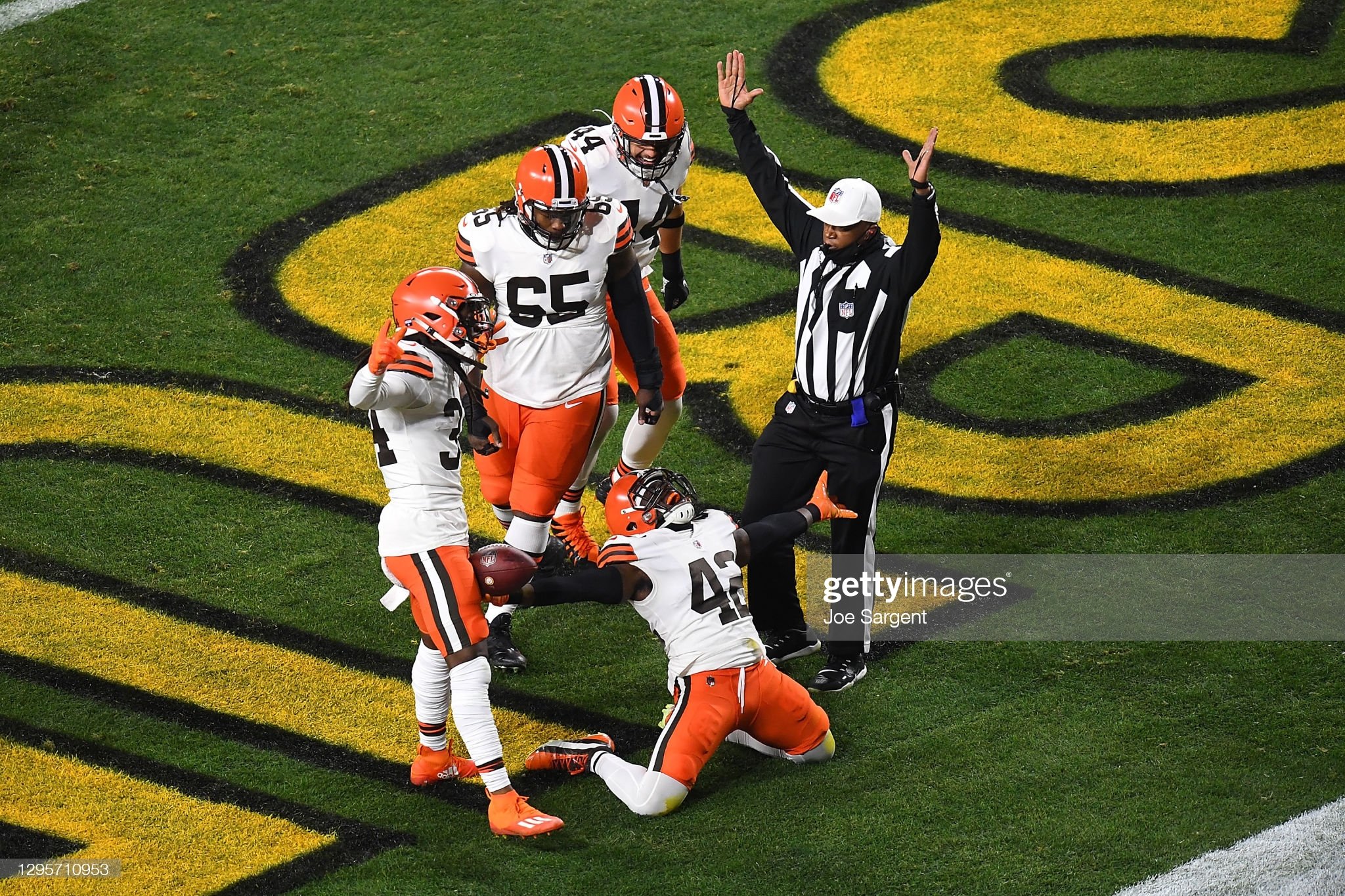 PITTSBURGH, PENNSYLVANIA - JANUARY 10: Karl Joseph #42 of the Cleveland Browns celebrates a touchdown during the first half of the AFC Wild Card Playoff game against the Pittsburgh Steelers at Heinz Field on January 10, 2021 in Pittsburgh, Pennsylvania. (Photo by Joe Sargent/Getty Images)

The Browns melted all that bad Juju away Sunday with a 48-37 drubbing of the Pittsburgh Steelers to advance to the Divisional Round of the NFL Playoffs. The Browns blitzed Pittsburgh to a 28-0 lead and never looked back. Mike Preifer, a life long Cleveland sports fan, had the honor of leading the Browns on a night where they proved “The Browns is the Browns.”

What we saw Sunday night, on the field, was a team that not only has turned a corner, not only a franchise that has put their past completely behind them, but a franchise, a team that is rounding the corner at a pace that would make Lewis Hamilton jealous. Reminder: This Browns team went 6-10 last year with a figurehead head coach and a power hungry GM. Sure, they had the hype, but it was all flash and no substance.

Fast forward to January 10th, 2021, almost a year to the day that the Browns hired Kevin Stefanski. The Browns, playing their first playoff game in two decades, were there without their head coach, their star corner and several other important coaches and players. A team that couldn’t get out of its own way for 28 years suddenly was up by 28 points in the 1st quarter of their 1st playoff game in their 1st year with their new head coach back home.

Sure, the Browns went into the dreaded Foge Fazio defense. Browns fans still have nightmares about what happened in 2002 and I’m sure there were more than a few fans sitting in front of their TVs at home that no longer need their Buns of Steel workout program. Instead what happened is that their Quarterback, Baker Mayfield, stepped up and delivered in the moment. Nick Chubb, the softly spoken lead by example type, made another explosive example of the Steelers defense. That, for all intents and purposes, was the obituary of the Steelers in the 2020-2021 season.

After years of heartache and pain, the Browns finally were the inflictors of pain. No more Big Ben getting away at the last second and firing a TD pass to break our hearts. No Hines Ward to smile on his way off the field. No more James Harrison assulting the Browns offensive players. No more Killer B’s on the other side kicking us when we were down. Instead, those memories are replaced with Baker Mayfield and Myles Garrett celebrating on the field after the game while a tearful Ben Roethlisburger was on the sideline contemplating retirement while sitting with soon to be retired Marukice Pouncey and soon to be free agent Juju Smith-Schuster. And while Browns fans looked on at the scene unfolding after the game, the Browns and Baker Mayfield had the same thought.