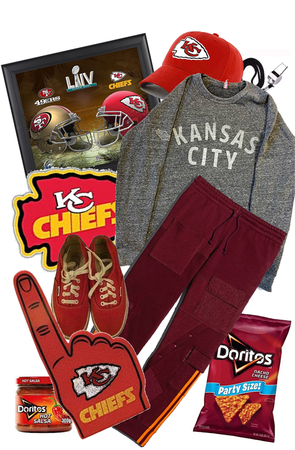 Each week we will be doing a round table with a few contributors of the RealBrownsFans site. This week have RCF members Rafters, Supersurge and Ohio. If you have any questions you’d like to be answered in our mailbag, comment below or in the forums!

The Chiefs spent a lot of money to fix their offensive line. The Browns brought in Jadaveon Clowney. Which team wins the battle in the trenches?

Surge: The Browns win the battle in the trenches this week. Not only because of the talent of the line, but because of their support. The Browns upgraded their LB core to help stop the run, and solidified the back end to hold coverage long enough to generate pass rush.

Rafters: If we’re just asking about the Chiefs offensive line versus our defensive line, the Chiefs. Hopefully we win against Niang and Smith on some pass rushes.

If we’re asking both ways, then the Browns win in the trenches.

Ohio: The Browns win in the trenches on both sides of the ball. Breaking in a new offensive line against Garrett, Clowney and company is going to be difficult for the Chiefs. And the Browns offensive line will do what they do: dominate.

Which Browns player may not start the game, but will make an impact on this game?

Rafters: Donovan Peoples-Jones. I like the odds that one of he/Higgins/Njoku catches a deep pass against the Chiefs secondary.

Ohio: Well it sounds like JOK may not start, so he’s my pick here. I think he makes a couple plays in coverage and tackling in open space.

Surge: Anthony Schwartz. If O’Dell plays, he might be on a play count. It looked like Schwartz had some chemistry with Baker and I think he gets in the end zone one time.

Vegas has the Browns as five point underdogs… are you taking the over or under? Final score?

Surge: I’m taking the under because… The Browns win 31-27. Andy Reid has never lost to the Browns, the Browns never win openers, blah, blah, blah. It’s a new era of Cleveland football and this team has slayed more than a few old cliches about the Browns. They do it again Sunday!

Wow… It’s like we didn’t ask any Chiefs fans at all for a hot take on how the season is going to start! The Browns might think of this game as their early season Super Bowl. They have revealed very little of their plans all preseason, electing to play vanilla plays and benching starters.

On the flipside, the Chiefs are picked by many to be headed to a third straight Super Bowl after injuries decimated the offensive line last January. The Browns don’t know much about how the new pieces on the Kansas City offensive line fit together either.

New left tackle Orlando Brown Jr. is the son of a former two-time Cleveland Brown. He is joined by left guard Joe Thuney after five stellar years in New England. The draft produced the Chiefs right side with former Oklahoma center Creed Humphrey and Tennessee right guard Trey Smith. Finally, right tackle is draft-and-stash Lucas Niang from the 2020 draft. His claim to fame at TCU was shutting down Nick Bosa against Ohio State.

The game should be decided by the unknown.

I’d like to add that we don’t get any money from Frito Lay for this title, or the Flamin’ Hot Takes of Real Cavs Fans members… but it would be a lot cooler if we did! What do you say, Frito Lay? Let’s talk sponsorship.