How Kevin Stefanski Will Improve The Browns’ Offense: Baker Mayfield

This is the second of a two-part series on why I expect Kevin Stefanski to drastically improve the Browns’ offense. This piece focuses on how Stefanski’s scheming and play-calling will fit Baker Mayfield better than Freddie Kitchen’s vertical offense. 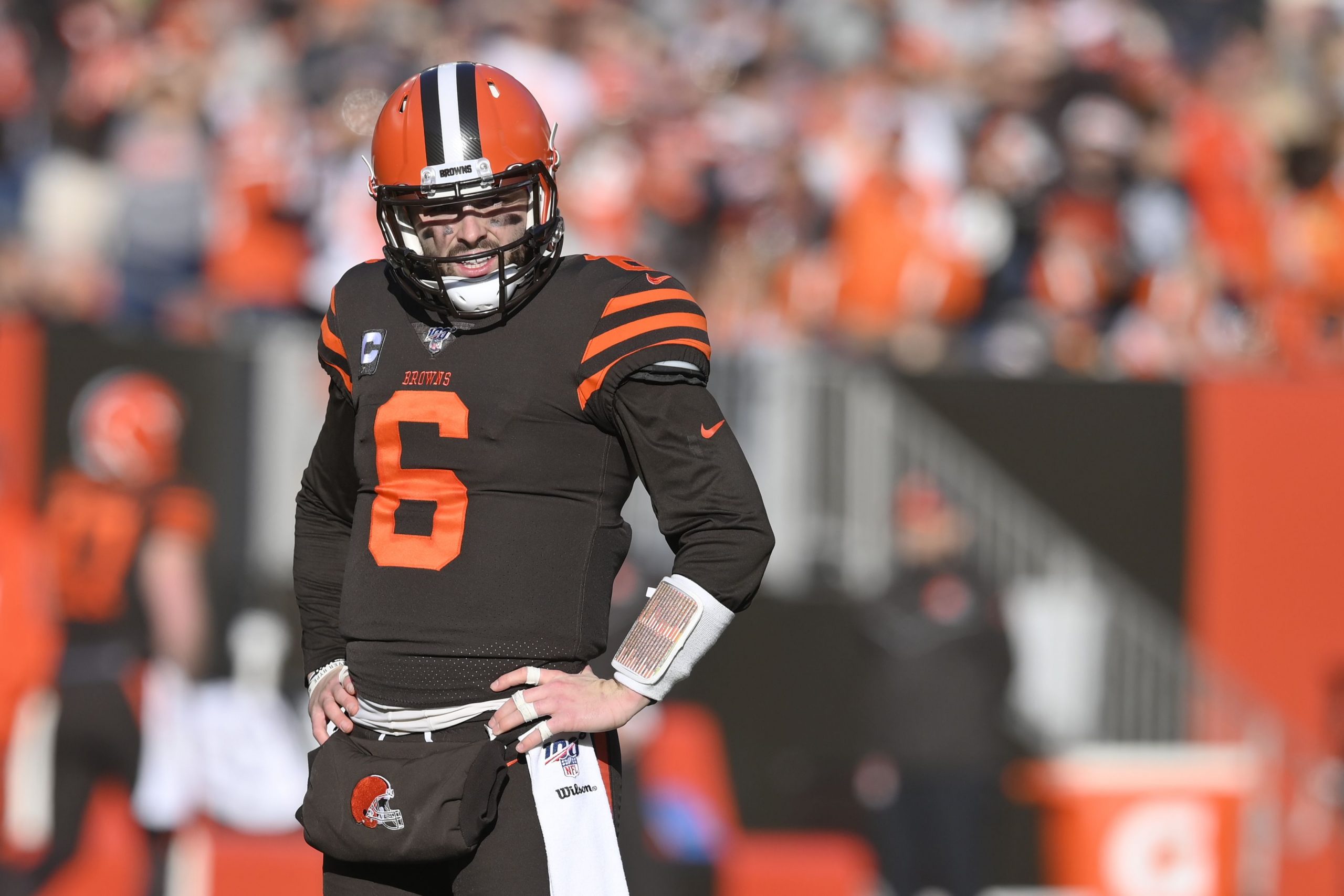 This is the second of a two-part series on why I expect Kevin Stefanski to drastically improve the Browns’ offense. This piece focuses on how Stefanski’s scheming and play-calling will fit Baker Mayfield better than Freddie Kitchen’s vertical offense. The first piece is available here.

Freddie Kitchens came from the Bruce Arians-led school of a vertical passing offense that combined gap- and zone-running schemes. While Kitchens did not go as far as Kliff Kingsbury in Arizona. Regardless, Kitchens’ offensive style did focus on using the vertical passing game to achieve large yardage gains and wear out the opponent’s secondary.

In hindsight, there were clues during Baker’s first season that this system would not work. However, these were seemingly missed or ignored by ex-GM John Dorsey, head coach Freddie Kitchens, and offensive coordinator Todd Monken.

What Stefanski Will Change:

Per Sports Info Solutions, in 2018 Baker Mayfield averaged nearly seven multi-step dropbacks per game. On these plays, Baker threw 64.1% of passes on-target, ranking 38 out of 43 quarterbacks with at least 75 of such attempts over the last two seasons. Additionally, Baker had a 5.4% interception rate and a 6.1% sack percentage on these dropbacks. Therefore, looking at those stats, it should be clear that Baker struggles with plays that take longer to develop.

Due to the nature of the vertical passing offense, Baker averaged the same number of five- and seven-step dropbacks in 2019, but only threw 62% of these throws on-target (ranking 42/43 quarterbacks over the past two seasons with at least 75 of such attempts), a 5.1% interception percentage, and a 9.1% sack percentage.

On non-vertical offense plays, though, Mayfield shined. For example, he only took 30.15% of his passes from under shotgun with a one-step-or-less dropback and play-action under center. Moreover, these were by far his best passes – averaging a 65.24% completion percentage, 7.5 yards per attempt, a three-to-one touchdown-to-interception ratio, and a 97.5 quarterback rating. This is astoundingly low when compared to two superior-but-similar quarterbacks:

I previously discussed how the play-action builds off of the outside zone using bootleg situations that look identical to a running play. Baker Mayfield excels in the play-action bootleg, but Kitchens rarely called it.

Thus, looking at Kirk Cousins numbers on the above plays (quick, no-dropback passing and play-action bootlegs), it is clear that Stefanski designed an offense that maximized his quarterback’s strengths. For the Browns, Baker Mayfield is similar to Cousins. Therefore, fans should expect similar calls and play-designs.

It gets even worse…

Finally, the above image looks at “estimated points added” and play-action bootleg attempts for every team. The red lines indicate the axis’s median value.

It is also worth noting that Stefanski’s old team, the Vikings, took serious advantage of this market inefficiency during the 2019 season, running more play-action bootleg passes than any team in the NFL.

Below is what the graph looks like when you adjust for estimated points added per play. The results are even more damning.

What does this mean for Baker Mayfield?

Baker Mayfield had a historic rookie season. For instance, he won five of his last eight games and broke records for the rookie touchdown passes and passing yards per game.

Expectations going into 2019 were sky-high, and as a result, many people discussed Baker Mayfield as the second-best young quarterback in the NFL. Therefore, he was considered a franchise quarterback and the Browns went into win-now mode.

The failure of Baker Mayfield’s 2019 provided us data about his limitations. As a result, it is likely that Baker Mayfield never becomes a top-tier quarterback at the level of a Patrick Mahomes or prime Tom Brady.

Nonetheless, Bayesian updating forecasts by Kevin Cole at PFF suggests that Baker Mayfield’s passing numbers place him around such quarterbacks as Dak Prescott, Joe Flacco, Teddy Bridgewater, Ryan Tannehill, and Andrew Luck. In other words, Baker projects to be a franchise quarterback, but not a generational talent.

This is why Kevin Stefanski is important. For example, in 2018, Baker Mayfield demonstrated that he can be a franchise quarterback. On the other hand, Mayfield showed in 2019 that he will not be a quarterback that can thrive in any system. Thus, it is up to Stefanski to develop a system that benefits Baker Mayfield and the Browns’ passing game.

How Kevin Stefanski Will Improve The Browns’ Offense: Outside Zone and Play-Action
AFC South Offseason and Free Agency