Joe Woods’ Nickel and Dime Defense is the Analytical Play

Joe Woods made waves by saying that he envisions the Browns playing primarily nickel and dime as their base defenses. Browns Twitter erupted. The central claim is that the Browns need to be able to stop Lamar Jackson, and because of his running ability, need more than two linebackers. This is false and this article will use play-by-play data to explain why. 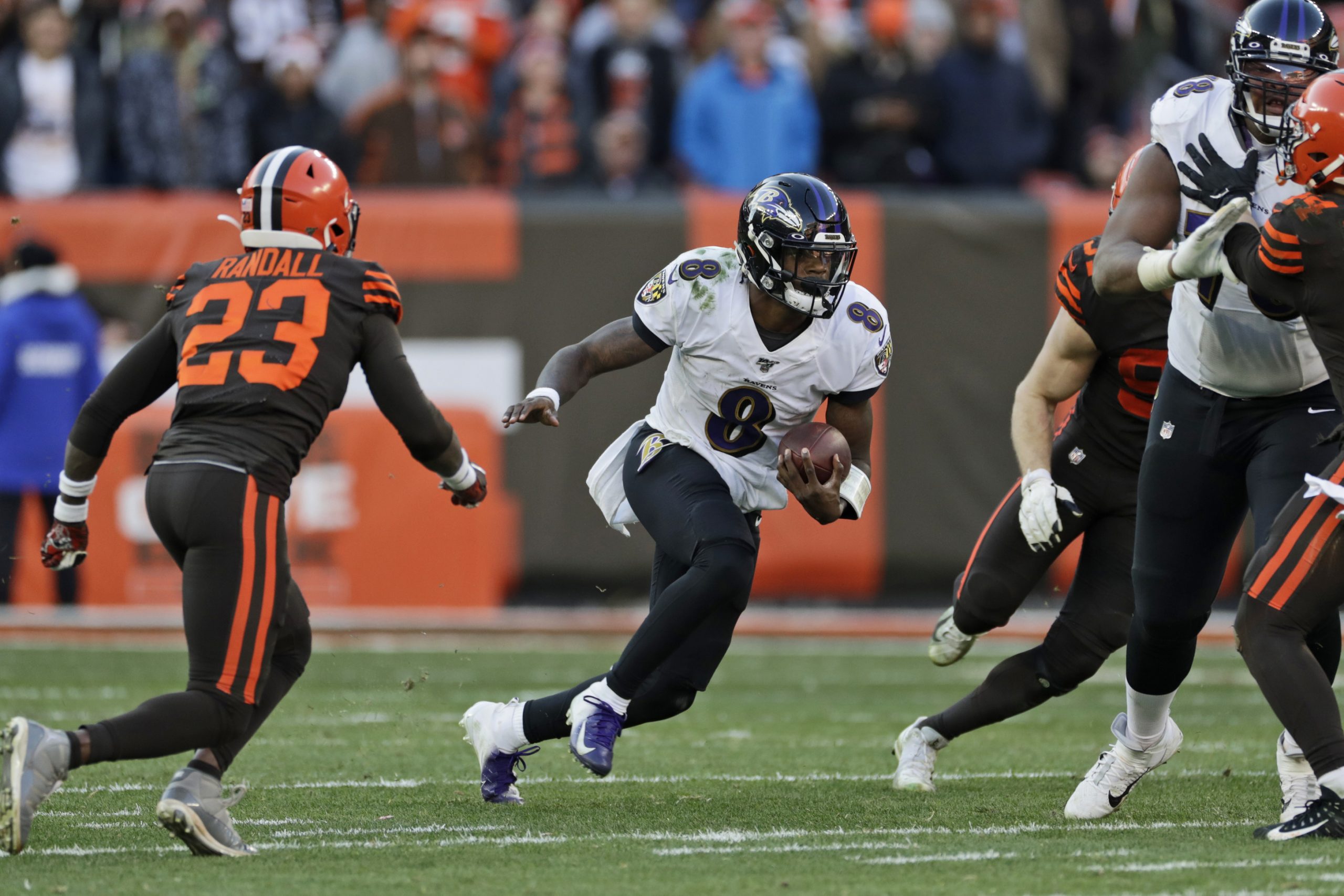 Joe Woods made waves by saying that he envisions the Browns playing primarily nickel and dime instead of a traditional base defense. Fans are frustrated because they believe that the Browns need to be able to stop Lamar Jackson, but because of the MVP’s running ability, they need more than two linebackers on the field. This is false and this article will use play-by-play data to explain why.

The History of Nickel Defense

The value behind these base defenses is that they were able to defend bruising runningbacks and the passing game.

Nonetheless, as teams began to pass the ball more frequently and replaced runningbacks with receivers, teams needed athletic athletes at linebacker as well as the same bruising linemen as before. In essence, good defenses were expensive, and this led to innovation.

NFL teams turned to college football. Since the 2000 BCS National Championship – where Oklahoma played with five defensive backs during the majority of the game to shut down Florida State’s offense – nickel formations appeared fairly frequently as many team’s primary defensive front. Eventually, LSU and Florida became defensive powerhouses with this strategy.

In college, this strategy emerged because many great offenses went away from heavy personnel and transitioned to having a maximum of one running back and one tight end on the field at a time. This same trend encouraged the adoption of the nickel defense in the NFL.

To be fair, the nickel package has seen usage in the NFL for forty years. Nonetheless, towards the late 2000s, this strategy gained popularity with Bill Belichick and Rex Ryan’s employment of a third safety instead of a linebacker. Eventually, the 2011 New York Giants won a Super Bowl using nickel more than a traditional base defense and this trend replicated itself through the entire league.

What is a nickel defense? What about a dime defense?

Similarly, dime packages remove two linemen or linebackers and add a defensive back. This strategy is less common and we lack data to study any true trends in its effectiveness. Nonetheless, examining data on nickel packages can tell us how a dime package can be effective.

Generally, leaving base defense sees greater success in the passing game. A PFF study found that, outside of a few outliers, the less time a team spends in base defense, the better life is for them in terms of yards per play. The Brows have a deep roster of defensive backs, including four cornerbacks who started multiple games last season (and Denzel Ward has been one of the best cover corners in the NFL for both of his pro seasons), three safeties who started multiple games last season, and Grant Delpit – who many thought would be the second safety taken in the 2020 NFL draft. Thus, using more defensive backs makes sense from an analytics perspective, but also based on the Browns’ roster.

Okay, we get it, nickel packages are great at stopping the pass game, but the Browns need to worry about Lamar Jackson

Against teams employing 425 and using cover 1 or cover 3, Lamar Jackson compiled 40 dropbacks, was sacked six times, threw only 50% of his passes on target, and totaled only 163 passing yards.

But again, the Ravens beat this defense by running the ball

Actually, that is false. First, it is not entirely clear Lamar Jackson is better at running against 425 personnel. While Lamar Jackson does average more yards per rush against this front, he is not actually generating first downs.

Most of Lamar Jackson’s rush yards against 425 fronts come with ten or more yards to go. In essence, he is not generating first downs on those runs. In fact, according to Sports Info Solutions, the only time where Lamar Jackson’s running success rate is above 50% is when he has three yards or less to go.

Why does Lamar Jackson struggle to run the ball against an obvious passing front?

Lamar’s poor passing numbers against 425 personnel disrupt the Ravens’ offense. The lack of any passing threat means defenses can force the Ravens to beat them by selling-out to stop the “dive” or the “keep” aspect of their option, which means defenses will know what the Ravens will do every possession.

The strategy of using 5+ defensive backs and forcing Lamar Jackson to keep the ball on options was utilized by the Titans in the playoffs this season and the Chargers last year. I also believe it is why the Browns feel like focusing more on defensive back than linebacker is the best way to compete in their division and the NFL as a whole.

Overall, regardless of the numbers that I shared, I am still not sure that a team’s most used front really matters. Teams are passing more, so using more defensive backs helps, but teams are exploiting this with heavy personnel. Without elite safety play, no team will be able to use more defensive backs to mitigate George Kittle or Travis Kelce.

Similarly, while removing a linebacker or defensive linemen will intuitively make run defense more difficult, this is dependent on offensive scheme. For example, only three teams used nickel/dime defense more than the Patriots, but only the 49ers allowed fewer yards per play.

Players matter. Strategy matters. But the best coaches, regardless of scheme, get the most out of their talent. The Browns’ success against the Ravens will be dependent on Joe Woods making the most of his talent, not defensive front he uses.

Inside NFL Analytics: PFF’s NFL Quarterback Rankings
Round Table of the Week