NFL Analytics and the 2020 NFL Draft

The Browns additions of Kevin Stefanski and Andrew Berry while empowering Paul DePodesta has brought analytics “back” to Cleveland. But what are NFL analytics and how do they impact the NFL Draft? 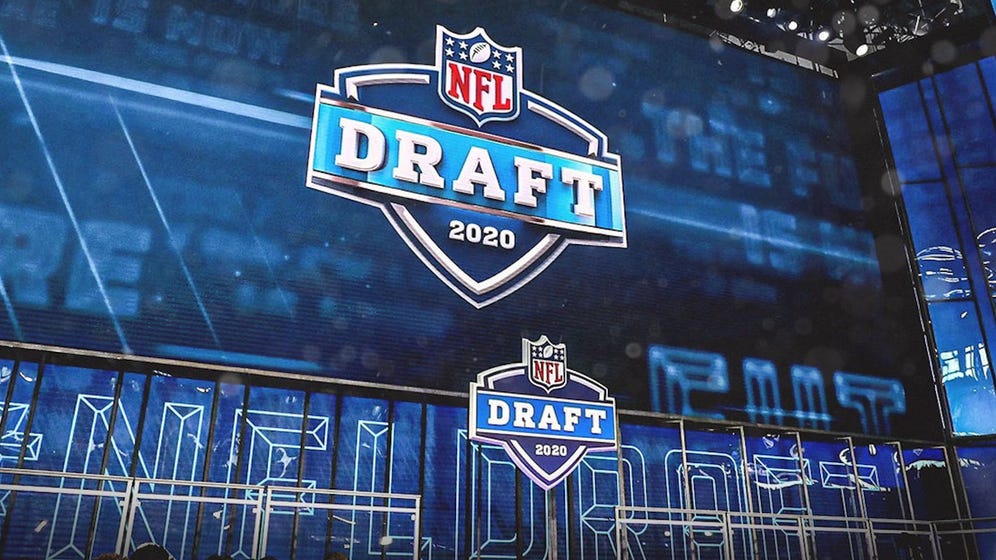 The NFL is complicated. Unlike baseball, football has twenty-two different players operating both independently and in-unison on a single play. Things like time-of-possession impact defense in ways that baseball and basketball do not see.

My point is that football analytics is hard. A tool designed to help address uncertainty is littered with its own uncertainty.

The fact is, however, as more data becomes public, NFL advanced statistical analysis is rapidly improving. NFL’s Next Gen Stats is providing player-tracking data while Sports Info Solutions is providing detail play-by-play statistics. This allows organizations like Pro Football Focus and Football Outsiders to publicly analyze the NFL in new ways. This has led to economics professors, statistics bloggers, and other minds finding jobs in both public (PFF and Football Outsiders) and private (NFL teams) spaces.

The Browns additions of Kevin Stefanski and Andrew Berry while empowering Paul DePodesta has brought analytics “back” to Cleveland. But what are NFL analytics and how do they impact the NFL Draft?

What Analytics Are And Are Not:

There is confusion that analytics is simply NFL teams finding a way to quantify anything and then basing their decision based off this quantifiable data. We see this in every sport. In the NBA, I will lose it if I have to hear that “net rating” is an analytical stat. Similarly, in the NFL, combine numbers are frequently touted as analytics. This is especially true of their composite cousins: SPARQ and Relative Athletic Score.

To a certain extent, quantifying traits like this are part of what a team’s analytics staff is paid to do. SPARQ took-off in the NFL because of Pete Carroll and is a composite score based on a player’s weight, 40-yard dash time, twenty-yard shuttle drill, kneeling powerball toss, and vertical jump. A player’s “Relative Athletic Score” (hereafter RAS) is a bit more complex. It is a statistic created by Kent Lee Platte. It uses statistical weighting of things like height, weight, and combine results to examine how athletic a prospect is.

I fundamentally believe RAS is an analytical stat (though pure counting stats like SPARQ and individual combine scores are not). With that said, the number itself is not evidence of “analytics in action.”

A team’s analytics staff will take statistics like RAS and mode what and how accurately RAS predicts. They generally do this via regression analysis. But why?

When one sees statistics like “pro bowl average” or “all pro minimum” regarding combine statistics – something Jim Coburn does on his YouTube channel, Common Man Football – this is useful but misleading. Showing a player’s statistic along with the average, floor, and ceiling required at the NFL level suggests predictive capability. This is not the case.

An NFL team will take these stats – and rather than counting lower quartile, median, and upper quartile outcomes – will enter them into a regression model with other variables to determine predictive value.

This is important because we have substantial evidence that certain combine results hold little-to-no value in predicting player outcomes. For example, the top-ten wide receiver combine results since 2009 include Kashif Moore, Jacoby Ford, Mike Thomas, TIquan Underwood, and Aldrick Robinson. All of these players had sub-4.4 4o-yard dash times, broad jumps over 120, vertical jumps over 40, and 3-cones over 6.65. None of them, however, have had very successful NFL careers.

Relatedly, the top-ten offensive tackle supporters at the combine since 2009 are Zach Banner, Cordy Glenn, Zach Strief, Marcus McNeill, Marcus Cannon, Stephane Nembot, Rob Havenstein, Dan Skipper, Bruce Campbell, and Joe Thomas. Only one of them – Joe Thomas – had a successful NFL career. Thus, for everyone using athletic numbers to assess who the Browns will draft in the first round, you are probably engaging in a fools’ errand.

What do teams look at…?

As of 2018, the Minnesota Vikings were using athletic and production scores in a regression analysis to set a floor. These numbers allowed the Vikings to find out who had less than a five percent chance of success and remove them from their draft board. In short, while not replacing film, advanced statistics have reduced busy-work and improved scouting efficiency.

Advanced statistical techniques that make up the analytics movement are generally designed to take data and learn how they correlate to success. At a minimum, they set a floor for what teams should look for, but they also can point to market inefficiencies.

For example, one decade ago it would be unfathomable that the top overall picks in consecutive years would be a 6’0 and 5’10 quarterback. Recent statistical findings, though, have realized that things like accuracy while not under pressure, catchable-throw percentage, and expected completion percentage correlate much more with NFL success than height and weight. Because Baker Mayfield and Kyler Murray excelled in these areas, NFL teams were willing to take them earlier than in previous years.

Another example is offensive linemen. Generally speaking, public analytics struggle at predicting success for offensive tackles. As mentioned previously, athletic reports provide little predictive success for left tackles. We do have evidencethat an unathletic line correlates with poor performance, but less regarding an athletic line being successful. In this way, athletic wonders like Mekhi Becton will probably go lower in 2020 than they would have ten years ago.

The best evidence we have to project offensive tackle success are their production in college. The more snaps a player has at a certain position, and their success rate on those snaps, seems to mildly correlate with success. This is an area where we are still learning. Teams that lean-in to the analytics movement probably have more nuanced evaluation metrics.

Overall, as for quarterbacks, analytics have shown us certain things matter less when drafting offensive tackles. We still need a lot of work to understand what makes a good left tackle prospect, but we are starting to understand what does not make a good one.

Another example of how advanced statistical analysis lets teams avoid draft busts is Vernon Gholston. Gholston was widely considered a “safe, high floor” pick due to his play at Ohio State. The Jets drafted him at sixth overall largely because he was one of the most athletic edge rushers to ever enter the NFL draft.

The problem is that his athleticism did not match his otherwise poor production. Gholston lacked the solo tackle and pressure rate one would expect for a top-10 pick at edge.

None of this is to say things like a player’s SPARQ score do not matter. Analytics-driven front offices certainly investigate the relationship between things like SPARQ and player success. Bt it is a much smaller part of the analytics movement than people assume.

It is important to note that the best advanced statistical analysis requires strong qualitative knowledge. In this case, scouts inform relationships that are n ot clear from simply staring at quantitative data.

At the 2020 Sloan Sports Analytics Conference, Brian Burke and Dominique Foxworth discussed their relationship. Burke is ESPN’s NFL analytics specialist. Foxworth is a form NFL cornerback who played for seven seasons. Ostensibly, Foxworth acts as the qualitative specialist, ensuring that Burke looks at the right data. Burke and Foxworth act as the ultimate mixed-methods specialists – and NFL teams like the Browns will do the same.

What does this mean for the Browns?

Paul DePodesta notes that analytics is “a sort of framework to make decisions under uncertainty.” It is very likely that the Browns have identified scout uncertainty regarding how confident they feel in certain picks. Analytics can fill in these gaps.

I also believe this regime believes in positional value. Positional value is really just a way to analyze what positions contribute the most to winning. I.E., does an elite cornerback contribute more than an elite edge rusher? If so, how much more? Do quarterbacks provide more value than runningbacks? Is this always true?

Frankly, I believe the Browns will prioritize offensive tackle, receiver, and secondary in the first three rounds. The positional value in those positions is too great for me to imagine this front office going elsewhere.

Again, analytics is about filling in holes from uncertainty. Advanced statistical methods will be used to both help decide between prospects within a position and determine which positions are most important to address in this draft.