Will the highly drafted and highly decorated duo of Denzel Ward and Greedy Williams deliver in 2020? 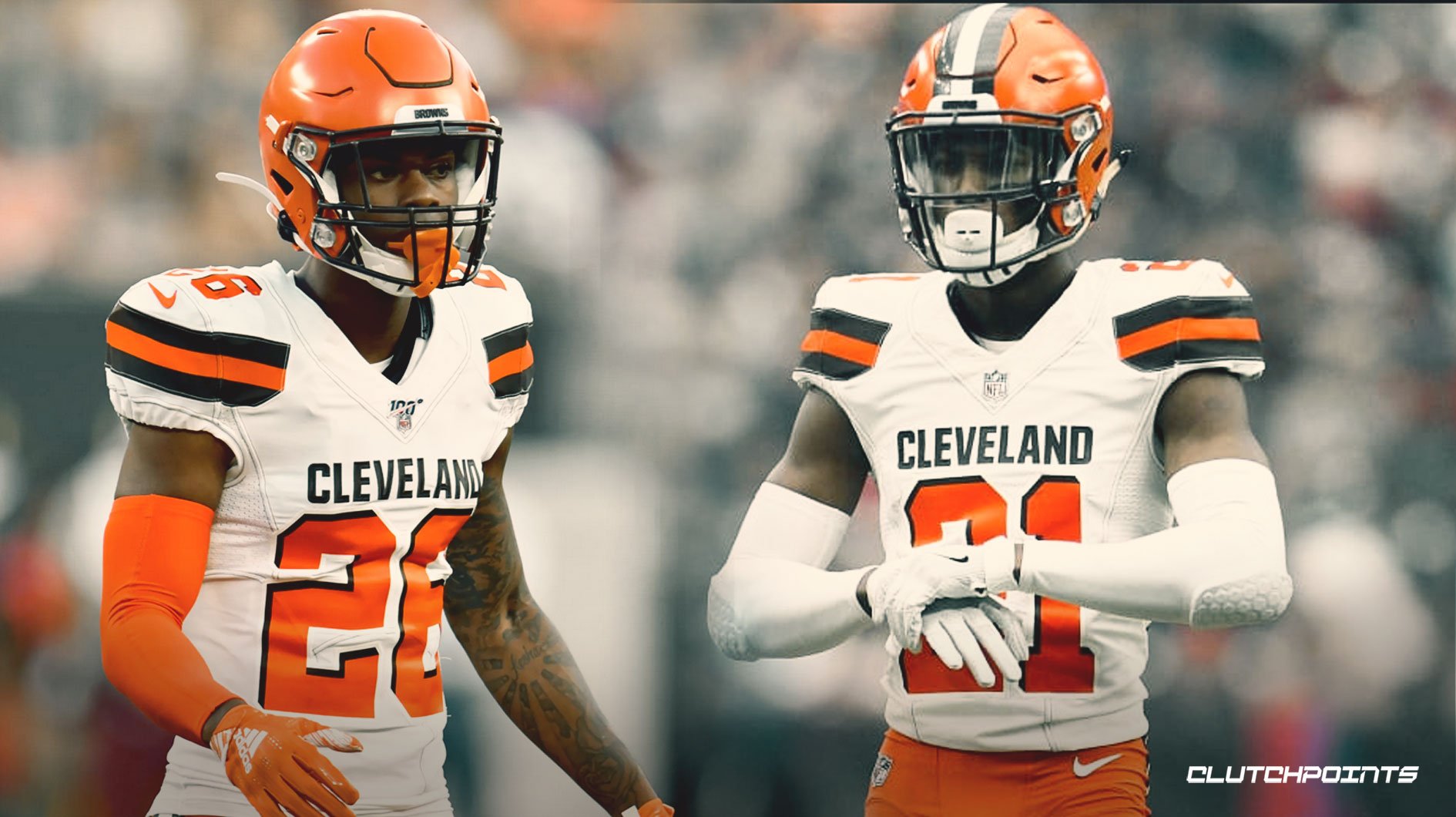 At every stop along the way, Joe Woods has elevated the cornerback play in young players. Xavier Rhodes, Aqib Talib, Chris Harris Jr., Ahkello Witherspoon, K’wuan Williams… How will the new defensive backfield guru elevate the talented cornerback room for the Cleveland Browns in 2020? The potential is undeniable, but two roadblocks stand in their way.

The Warden and The Greed

Denzel Ward is a young man who Northeast Ohio can feel really good about. As a premier high school athlete in both football and track at Nordonia High School in Macedonia, Ohio, locals were thrilled that he brought his talents to Ohio State. Ward stayed local yet again joining the Browns as the fourth pick overall in the 2018 NFL Draft, putting together a Pro Bowl rookie year with three interceptions, eleven passes defensed, one forced fumble and two fumble recoveries. Heading into 2019 he picked up the nickname “The Warden” from Good Morning Football.

On the opposite side of the field, the Browns traded up in the second round to select Greedy Williams as the 46th overall pick in the 2019 NFL draft. His speed and quickness nearly match Denzel Ward with more length to disrupt passes. The young duo looked like a formidable tandem for the Browns, however the 2019 season began with both cornerbacks hampered by strained hamstrings. Both Ward and Williams would only appear in 12 out of 16 games, and the failing pass rush after Myles Garrett’s suspension would further open the pass coverage up for breakdowns.

By the end of the disappointing season, their scores on Pro Football Focus suffered from bad hamstrings, inconsistent pass rush, and a shift to more off zone coverage instead of press man coverage. The Browns pass coverage overall ranked 22nd out of 32 NFL teams. While The Warden carried the teams top individual coverage grade at 72.7 his overall numbers declined from a year ago. Meanwhile Greedy would post the top tackling grade among CBs at 70.9 with a disappointing 53.6 coverage grade. Luckily interviews with Denzel Ward hint that technique and hamstrings are a problem of the past.

Examining the reserve units, the mix of veterans and youth should be exciting. Last season T.J. Carrie was an iron man playing 678 snaps as the nickel corner and emergency outside corner when Ward’s hamstring acted up. Carrie signed with the Colts on a veteran minimum contract after accumulating a coverage grade tied with Greedy for the worst among Browns defensive backs (53.6) according to PFF.

Enter Kevin Johnson, who shares a lot of similarities with Greedy Williams. They are both longer and very twitchy athletes who can recover quickly and look to disrupt passes. Johnson left Wake Forest much stronger in zone and off-coverage schemes while Greedy and The Warden are both stronger in press man, learning better technique in zone this offseason. Johnson had a terrible year with the Texans in 2017, struggling with man concepts, and lost 2018 to a concussion. After landing with the Bills in 2019, PFF named him the Bills most improved player. As a slot corner and occasional outside corner, Johnson posted a better pass coverage and overall rating than Denzel Ward last season. Browns fans are hopeful Johnson’s promising career is back on track as the third corner, perhaps pushing Greedy.

Now for the best of the rest. I have to admit it: I’m a Terrance Mitchell fan. Here is a guy in his late 20s, good size and great press man skills, and he starts every offseason as the fourth cornerback. By the end of both 2018 and 2019, Mitchell accumulated several starts with great production in passes defensed and legitimate 2nd corner advanced statistics from PFF. T.J. Carrie was never more effective and he signed for three times as much. I can’t think of many fourth cornerbacks in Browns history who would get the call for extended emergency starts and I’d be like, “Yeah, we good.” All that for about 3 million a season is a steal, and other teams with Covid-19 holes are probably aware of that. I personally hope Money Mitch remains with the Browns, but if he is traded, the team better gain “#2 Corner” level assets.

We are going to pretend Tavierre Thomas is a cornerback for three sentences because nobody will write a special teams preview anytime soon. How cool is it that an undrafted kid from Ferris State fought his way from the practice squad up to the 53 man roster as a special teams ace, and logging the most special teams plays of any Browns player by a wide margin? This is sentence three, and while that’s cool and all he played three snaps at cornerback… and I’m out of sentences.

Donnie Lewis Jr. is a 24 year old a six footer out of Tulane. He was drafted by the Browns in the 7th round in 2019 because of a productive college career and blowing up in the East-West Shrine Game practices before suffering a foot injury which ended his pre-draft opportunities to impress. He spent last season on the practice squad. His size pencils him in as the ripe yam insurance policy who can sit another year in the practice squad bin as the emergency slot corner… unless he is suddenly thrown on a grill, gets some char, and is a piping hot sleeper to replace Tavierre Thomas as a special teamer and slot cornerback.

A.J. Green out of Oklahoma State is a semi-finalist for the Jim Thorpe Award won by Grant Delpit in 2019 who was signed as an undrafted free agent by the Browns. Many pundits have penciled the 6 foot rangy corner in as a contender for the 53 man roster because he was given a hefty bonus to sign with the Browns, but a salary analyst would probably remind you that the Browns have ample cash to spend. Locking up an elite UFA is a great investment compared to bidding on a veteran. Is he a piping hot buttered sweet potato the rest of the NFL forgot or just a tuber digging himself into the earth? We will all find out together.

That concludes the defensive side of the RBF positional profile. I hope you keep reading for the offense and throughout the season.