Changes mark the 2020 safety group, hopefully for the best. 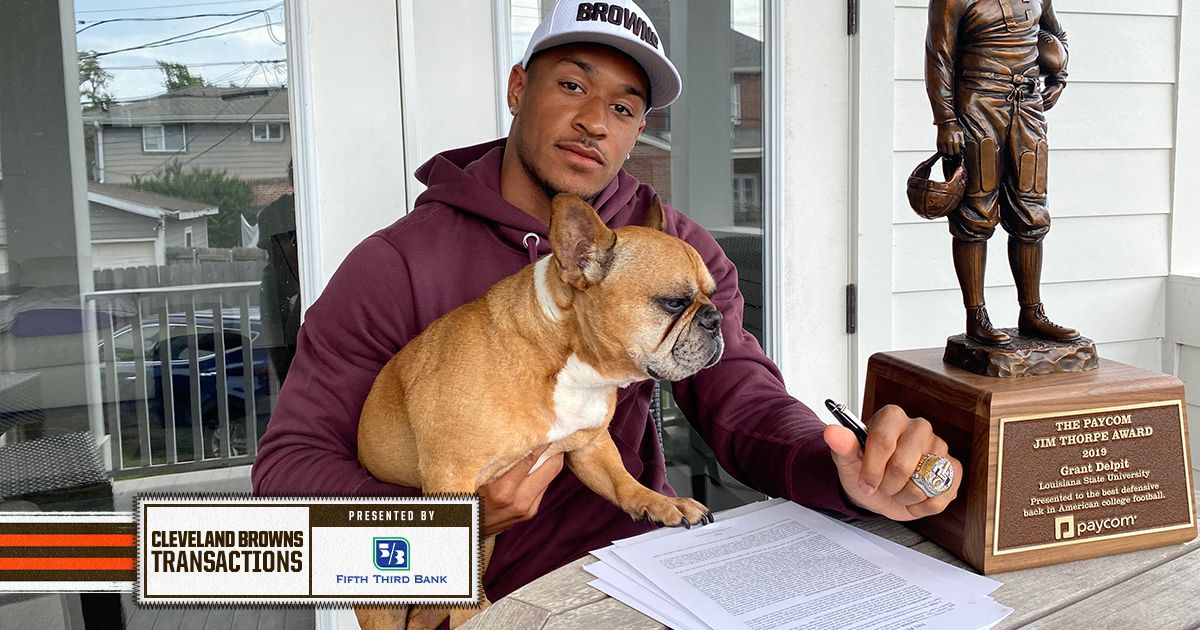 In the lead up to the 2020 season, the members of RBF will be breaking down positions. Today, we will take a look at what may be the most improved unit on the defense, the safeties. Defensive Coordinator Joe Woods makes his reputation in preparing elite defensive back units. Last season it felt like Denzel Ward was the only surefire starting defensive back with a bunch of depth players around him. Hopefully this season under Woods the entire position group shines, just like the Woods teams in Minnesota, Denver, and San Francisco.

Before Day 2 of the NFL draft last Friday, Cleveland fans were pretty sure a safety would be drafted by the end of the evening. Some people imagined a pure free safety because Karl Joseph and Andrew Sendejo both played a lot of strong safety. Others saw that Joseph spent a lot of time at free safety in 2019, so drafting a replacement for the older Sendejo would be a good fit.

The Browns didn’t have to wait long to find the answer: The Browns took Grant Delpit with pick #44. The Jim Thorpe Award winner had some trouble with his tackling in 2018 and 2019, to which he points out he played on a high ankle sprain for much of the regular season. Coach Stefanski was quoted saying Delpit is not just a pure free safety, and is “interchangable” throughout the defensive backfield. His 6’2, 213 pound frame certainly seems to have the length and meat to handle coverage against tight ends as well as navigating the line of scrimmage. Additionally, he proved to be an excellent blitzer from the safety position in college. It is hard to imagine Delpit as a backup for long.

The productive yet oft-injured 26 year old safety Karl Joseph signed with the Browns after a promising third year with the Raiders was cut short in November with a season-ending foot injury. Some fans who watched him with West Virginia and in the early part of his career with the Raiders assumed he was brought in to be the in the box strong safety. In the past two years, Joseph has been playing under defensive coordinator Paul Guenther. Guenther was brought to the pros from the college game by Woods’ previous mentor: Mike Zimmer in Cincinnati. So not only did many believe Karl Joseph has the highest ceiling of all the free agent safeties on the market this past offseason, he was also groomed to be a free and strong safety hybrid in the Zimmer defense for most of his career. It is important to note that while Joseph is most likely the most talented veteran safety on the roster, he is only guaranteed $500,000 for signing with the Browns.

The 32 year old veteran has been a reliable fit in the Minnesota Vikings system since first joining Mike Zimmer as an undrafted free agent out of Rice University in 2010. During his tenure with the Vikings from 2011-2019, with a brief detour with the Eagles, he started a total of 61 games. The large-framed and powerful strong safety is comfortable in all phases of safety play. Defensive backs coach Jeff Howard joins the Browns staff from a long stint in Minnesota, where he made a strong connection with Joe Woods. Howard can rely on Sendejo to be an extension of the coaching as the veteran in the room. In an added bonus, Sendejo has been a core kickoff and punt coverage player on special teams in Minnesota for Mike Priefer up until 2019. The downside here is age and recent productivity. Sendejo missed a lot of games to injury in 2018 and played a third safety and special teams role in 2019. Guaranteed 2 million dollars on his one year deal, he will certainly make the team and start the season as a starter on the depth chart, but Delpit wasn’t drafted stand on the sideline.

The lone returning safety in the Joe Woods safety makeover is second year Miami alum Sheldrick Redwine, who took over as starting free safety for the last five games after a suspension of Damarious Randall. The converted cornerback was drafted because of versatility. Despite being low on the depth chart in 2019 he may have had the best skill set for the Woods defensive scheme. He played in “big slot” man coverage, in the box, and in split zone (Cover Two) at The U. As a free safety last season he gave up a team-high 18.4 yards per completion, often showing a bad habit of coiling up to hit the receiver after the catch than making a play on the ball in the air. He is likely to be a versatile reserve in 2020.

So while it is unlikely that the Browns will carry more than four safeties, the theme of this group is “interchangable”. Next the RBF will take a long look at another positional group that underwent a makeover – cornerbacks.