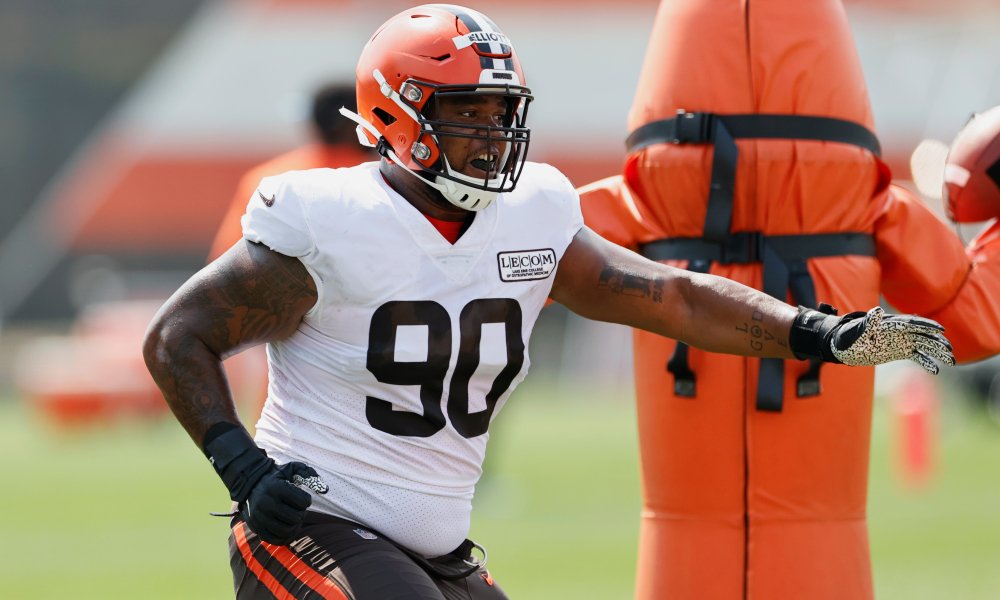 The Browns won a convincing victory last Sunday over the Lions. I’m wearing a resplendent three-piece suit. Let’s contact the writing staff to recognize the incredible accomplishments of this Cleveland Browns team so far. Sadly, we were not able to order spray-painted little football dudes on top of blocks of wood, but the trophies remain in all our hearts. Well, on to our awards…

J.K. Rowling Truly Offensive MVP: This was the year the term “offensive” reached new heights and also new lows. Who is the best offensive player so far this illustrious season?

Ohio: Wyatt Teller & Joel Bitonio. Not sure who else could even be considered given all the injuries and disappointments.

Well for me personally, I give the award to Baker Mayfield. It must be incredibly hard to play with one arm in constant pain. I got a hard foul in a basketball game a month ago and haven’t done a damn athletic thing since.

No explanation? I’m becoming concerned. Our sponsors may not like this negative tone, gentlemen.

Chris Richani: Skyline Chili Award: Baker Mayfield for always performing in Cincinnati, but often regarded as crappy outside of Ohio.

Undeniable negative tone… this is going off the rails…

Donald Trump Extremely Defensive MVP: What a night, what a buffet. Have you tried the tiny meatballs? Anyway, our next award is for defense.

Ohio: Myles Garrett, the current leader in the DPOTY race.

Anybody else want to chime in? Nope. I’d like to mention that this award ceremony is flush with local sponsor money. I will give it to Denzel Ward who has accelerated his understanding of zone concepts so well in the past month. We will take a quick break and I hope other writers will join in.

I’m told it is meant for the player who has played a few good games and tricked Cleveland into thinking they might really be good.

Ohio: Greedy Williams. He had that one game against the Vikings and has been bad to irrelevant ever since.

The envelopes are flying in too fast now…

Miracle-Gro Award For defending large areas of grass instead of players, John Johnson III is a victor. Staff: “Not sure there’s been a more disappointing player on the Browns this season. His play reminds me of a kid picking dandelions in the outfield. Dude has looked lost all season long.”

Elk and Elk Personal Injury Award: Staff: “Give this one to the whole team.”

I don’t want to… make it stop…

Tim Misny Make Them Pay Award. Case Keenum makes the Haslams pay him the most of any backup QB in the league, but we’d rather trot out a guy with one arm and one leg than opt to play him.

… I don’t think this awards ceremony was the best idea. Everyone is suffering from the November Cleveland Curse. Are the Browns also in a weather related funk? Maybe…

What Should We Expect This Week?

This team has a lot going for it. After many injuries, some of the core players are returning to health. We may see Jack Conklin, Kareem Hunt, and Jeremiah Owusu-Koramoah this weekend. But is that enough on the road against a Baltimore team fighting for their playoff life? Clearly our staff says no.

The Browns have not been a team to brag about, but our writing has not been afraid to sink to their level! Have a wonderful holiday and I hope we all recover from clear seasonal affective disorder before the playoffs begin.