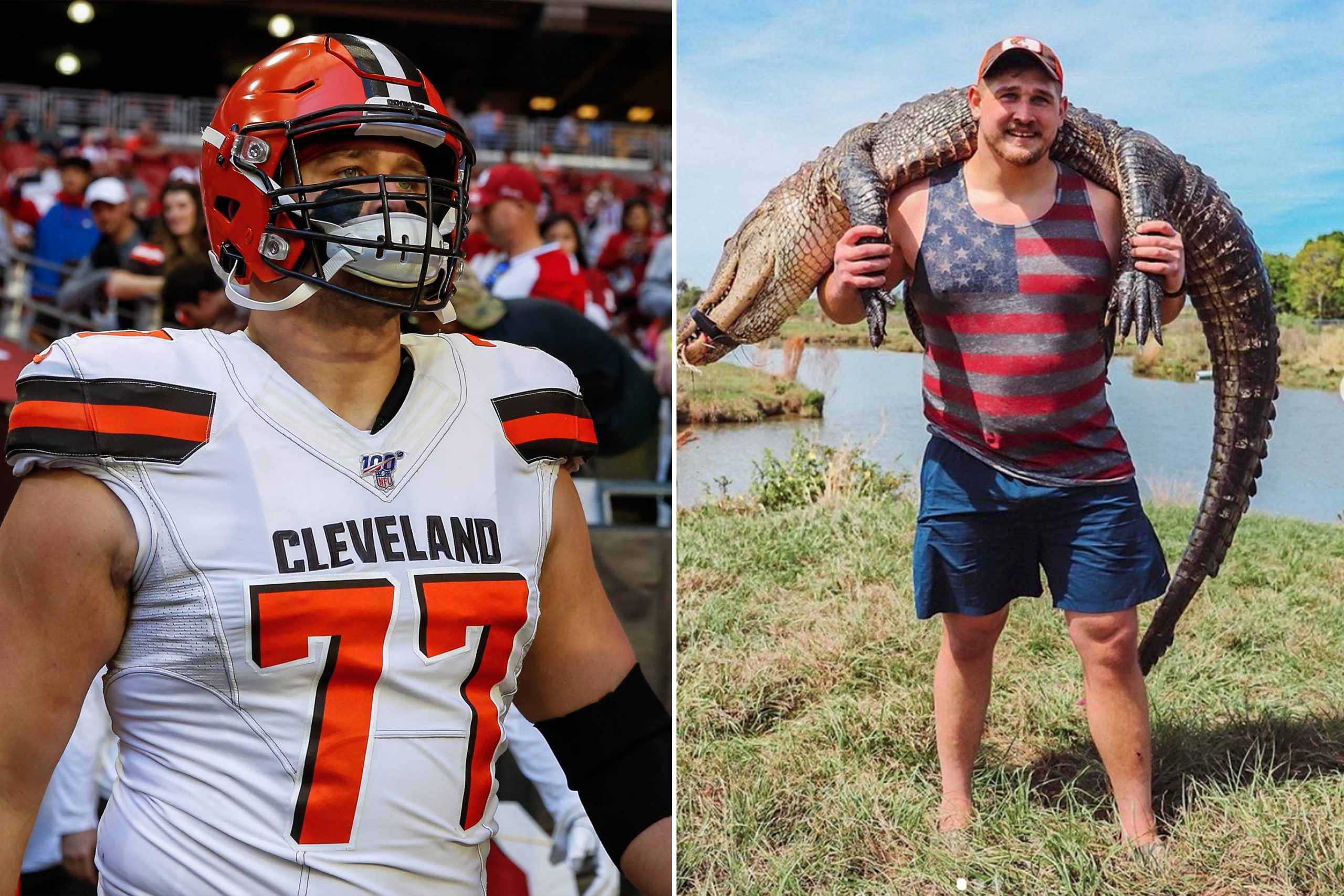 Cleveland Browns fans are on a wild rollercoaster of highs and lows this week. Just days after a galvanizing 41-16 win over the Bengals, the Browns signed right guard Wyatt Teller to a four year 56.8 million extension. The fearless part-time alligator hunter earned this contract by fulfilling expectations Odell Beckham Jr. could not so far in the 2021 season. Let’s dive into why the signing makes a lot of sense for the franchise.

In a Contract Year – Put Up or Shut Up

Teller joined a couple of other Browns as key core members of the roster on a rookie scale contract. The Browns secured Pro Bowl running back Nick Chubb before the start of the season for a contract below market value. This left quarterback Baker Mayfield and cornerback Denzel Ward as the most highly regarded rookie scale players.

Teller continues to establish himself as one of the premier guards in the NFL when healthy. In 2021, Teller missed weeks 6, 7, and 8 to a calf injury followed by two weeks with an ankle injury. Teller has played every snap available in the 2021 season.

Teller also needed to cut back on false starts and holding penalties against elite defensive interior players. After the first three games of 2021, some pundits wondered if Teller’s spectacular play were a mirage. He collected three penalties and struggled against the Chiefs Chris Jones in the season opener.

From week three through is impressive week 9 against the Bengals, Teller raised his PFF grade from 69.1 to an All Pro-worthy 92.9. He has simply been a force in both run and pass protection, often covering for injuries to All Pro Jack Conklin on the right side.

After Baker Mayfield and Denzel Ward, The second-tier of Browns players nearing the end of their rookie deals includes Teller, tight end David Njoku, and strong safety Ronnie Harrison. According to Spotrac, the market rate for Teller projects to be 11 million a season.

Going into the 2021 season, the Browns had reserved 16.9 million of their cap to roll over into the 2022 season. The cap is expected to raise to 208.2 million, leaving 25 million before the release of Odell. The largest slice of that pie appears to be destined for the most impactful player, regardless of positional value. As the rest of the offense struggled, Teller consistently produced.

Graham Glasgow signed with the Broncos for 4 years and 44 million in total with 26 million guaranteed. His play as a Detroit Lion put him in the conversation for Pro Bowls, but in Denver he has been an average starter. The Browns are able to pay Teller just slightly more with confidence that he will be able to sustain elite protection for Baker and some of the most impressive run blocking in the NFL.