With the Browns having 3 EDGE defenders on the roster who will likely get the majority of the snaps over the course of the season, the Browns are likely to look for more of a situational player. However, in the case that some players may fall, it is wise to look at all options. 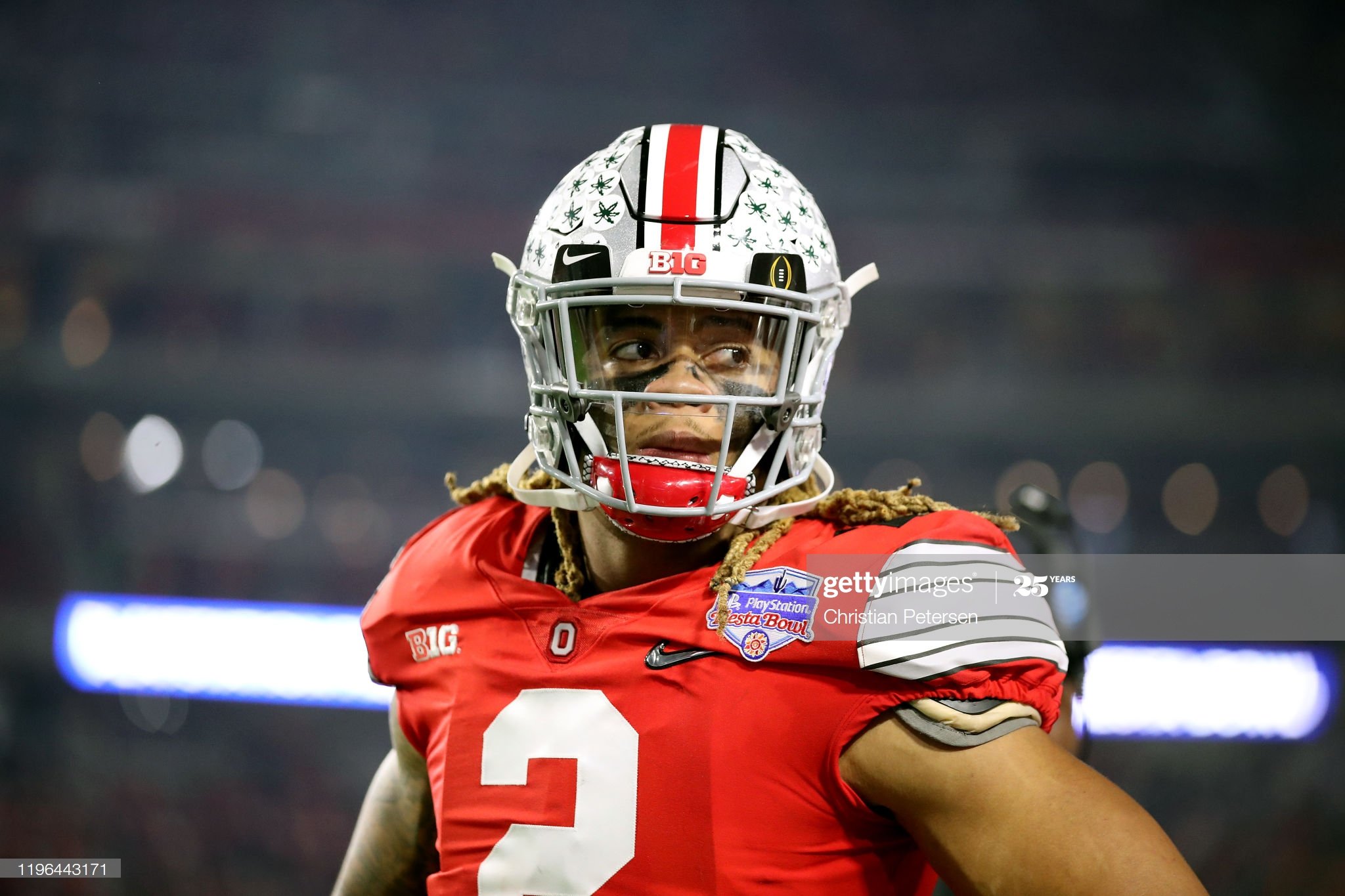 GLENDALE, ARIZONA - DECEMBER 28: Chase Young #2 of the Ohio State Buckeyes reacts against the Ohio State Buckeyes in the second half during the College Football Playoff Semifinal at the PlayStation Fiesta Bowl at State Farm Stadium on December 28, 2019 in Glendale, Arizona. (Photo by Christian Petersen/Getty Images)
Prev2 of 12Next
Use your ← → (arrow) keys to browse

Electric first step, is already around his man when the ball is snapped. Great power in his hands to shed a blocker if he needs it. Tremendous balance when contact is made, rarely if ever pancaked. Has a few dynamite pass rush moves that allows him ease of access to the QB seemingly at will. Smart player who is not easily fooled on misdirection and zone reads. Patient and willing on run defense. When he has a ball carrier in his range, he will make the tackle more often than not. Knows where the ball is on the QB and frequently slaps for the football when he is in range. Carries his weight extremely well and loses no explosion as a player. Deadly on stunts. Versatile and may even be at his best when utilized as a 5 tech.

Doesn’t have truly elite bend around the corner. Tends to rely on his speed to power a bit too much. Would love to see him use his hands more because of how much power he has in his hands.

Fit for the Browns:

If a team cannot find a place for a Chase Young, they have failed their own team. Elite pass rusher in the same vein as Myles Garret, either of the Bosa Brothers or any other pass rusher of recent memory. Is perhaps the best blend of technically sound and physical dominance of any EDGE in recent memory. If he were available at 10 or in a trade up scenario, take him immediately and reap the benefits of Myles Garrett and Chase Young together.