After examining who will be the key contract extensions of the future, let’s analyze why they haven’t happened in July. 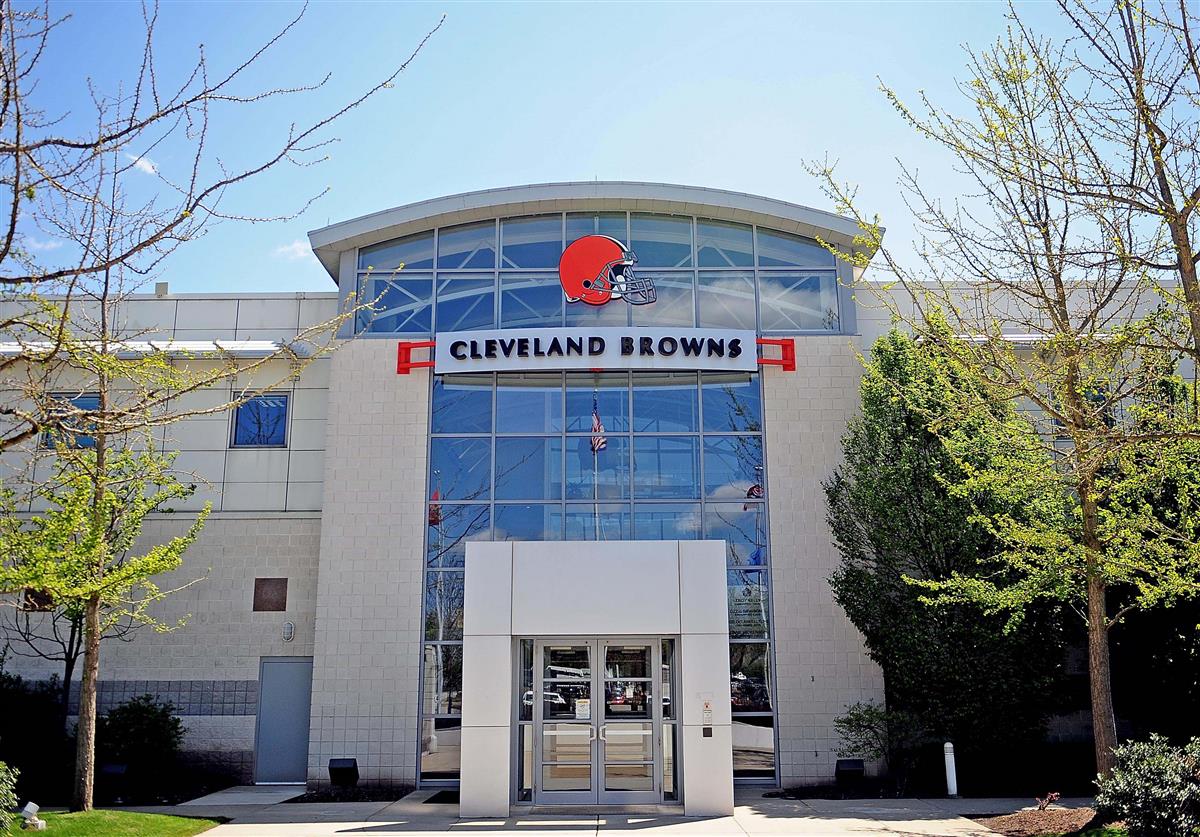 Browns Training Camp is roughly a week away. All through the month of July, Browns fans appear focused on the summer of 2022 instead of the explosive potential of the season right in front of us.

Why could that be? Will the core of the team break up? Will fans again face donating expensive, like-new jerseys to Goodwill?

In part two of this article, we examine the strategic approach to maximizing the existing roster talent and assets to accomplish long-term roster health.

The Office Full of F-king Nerds

This article assumes you already made your way though Part I. I don’t need to tell you why it would be great if Nick Chubb, Wyatt Teller, Baker Mayfield, Denzel Ward, and most likely Ronnie Harrison are Browns for more than just one more season. The big question is if the Browns are mid-screwup in not signing them to extensions during July.

You may also be wondering if signing these players necessitates the loss of one or both high priced wide receivers, who recently as a positional group placed 14th overall in the NFL out of 32. Time to jump into the whens and whys of these contract extensions.

The Browns have one of – if not the best – research offices in the NFL.

John Dorsey famously told an associate that he didn’t need f-king nerds to tell him how to evaluate players and questioned the validity of analytics. Dorsey’s front office brought in both Odell Beckham Jr. and Jarvis Landry. The timing of these trades lead some fans to believe they are on their way our of town.

As of this offseason, Dorsey is in Detroit learning to play nice in math class while the Browns employ the second largest analytics office in the NFL. VP Andrew Healy and Director Dave Guiliani head up the Research & Strategy Department. Their department focuses primarily on game-to-game decisions, communicating with the coaches on probabilities on difficult decisions.

So Who Is Making The Call?

The Vice President most connected to salary cap management and long-term roster research is Kwesi Adofo-Mensah. The Princeton-grad transferred over as the right hand of 49ers GM John Lynch with a well-rounded resume in analytics. Adofo-Mensah finding a competitive advantage through analytics counter-balanced the Hall of Famer Lynch move straight from the broadcast booth.

Kinda funny to me that the same year he left, the 49ers traded for an injury-plagued edge and soon had to move on from an All Pro defensive tackle. Feels to me like a financially sound roommate moving out after one guy blows the rent on an Italian heated jet pool.

GM Andrew Berry carries a similar resume to Adofo-Mensah to the top decision-making position, working as investment bankers before joining NFL front offices. They are both unlikely to miscalculate the repercussions of contracts two or three years down the line.

So the Browns have an over-qualified group of bean-counters. So what? Why does that mean fans should trust the long-term plan for salary cap flexibility?

So I am willing to bet Berry and Adofo-Mensah have a more diverse and profitable investment portfolio than some guy who posts ten times a day on Twitter. But we need specifics and we need the reasoning on such a quiet July. In the 2020 offseason the Browns extended Myles Garrett with one year to go on his rookie deal in mid-July. Why wait on contract extensions this summer?

Myles Garrett had spent the better part of 2020 rehabilitating his public image up until his extension. The defensive end has already established himself as one of the top defensive players at a premium position.

Unfortunately, the media painted Garrett as a villain after his skirmish with Mason Rudolph. In return, Myles focused his time giving back to the community and maintaining peak physical condition.

The Browns have little doubt he will continue to be a force on the defensive line well beyond his contract expires. What they doubted at the time was the long-term attraction of the franchise. Everybody wants Myles Garrett… but few star players wanted to be Cleveland Browns.

Let’s go down the line with each core player on a soon-to-expire rookie contract. Are they really in the same situation as Myles Garrett? The Browns are certainly viewed as a more stable franchise.

Can we say the other core Browns players will only improve from here, or is this offseason a peak along an up-and-down sleigh ride?

The Browns QB will not be a free agent until the offseason of 2023. He could be seen as the most impactful offensive player because of the role of quarterbacks in relation to every other position.

The Browns enjoy one of the most statistically productive quarterback rooms in comparison to millions spent in the NFL in 2021. Once they commit top-dollar to Mayfield, that value disappears.

Sometimes locking down a franchise quarterback early works out great – The Chiefs seem happy that Mahomes is locked in. However, Deshaun Watson was locked in at over 110 million guaranteed dollars for the next four years in the same offseason.

As of today, the Texans doubt he will ever play quarterback for them again due to ongoing sexual misconduct investigations. There is not trade market for Deshaun Watson’s immense burlap bag of owed money.

One would think this is an isolated situation, but a quick look into the 2019 quarterback extensions tell a different story.

The Seahawks aren’t complaining about 107 million guaranteed to Russell Wilson, although some may argue the team has struggled to afford a quality supporting cast.

Take a look at the next two highest contracts handed out from that offseason. Jared Goff and his 33.5 million annual salary needed two first round picks and a third rounder to find his way to Detroit. At least the Rams get Matthew Stafford in return. The Colts only gave up a third round pick to take on the Carson Wentz contract of roughly the same value.

Baker Mayfield could be locked up for $35.2 million annually according to Spotrac calculated market value. With Baker putting in a mediocre 2019 and a promising 2020… why do the media want to talk about an extension right now if it could be pushed to the 2023 offseason? What if Baker wants to see a commitment from the franchise?

Teller me about Chubb

A similar approach applies to the core rookie deal players who will see free agency in 2022.

Nick Chubb and Wyatt Teller both grade out to be among the best at their positions in the NFL. The front office can certainly project them to build off success in 2020 season, but why invest right now?

Chubb missed four games to injury last season. Teller missed weeks 6, 7, and 8 to a calf injury followed by two weeks with an ankle injury. Chubb and Teller rank as premium NFL players at their position right now… but what if health concerns don’t go perfectly this season?

I’m personally all for signing them as the top two priorities between now and next March. The Browns were fourth in run play percentage for a good reason last season. They are built for it to work.

No Browns fan hopes for these two pillars of the run game to miss an average of 30 percent of the regular season with injuries. But what if they do?

Two seasons in a row of lower leg injuries may lower their calculated market value. Why lock in a total that could potentially go down?

The Browns front office can easily see how preseason goes before offering contract extensions. They did the same with Kareem Hunt last season, who signed a fair two year deal on September 8th. By the first week of September, the “F-king nerds” in the front office knew that Hunt could handle the workload of a 7 million dollar a year running back.

The Ugly Side of Parity

The NFL truly wants every franchise to believe they are one season away. Even as Tom Brady sizes another finger for another ring, Adrian Peterson fights for one more chance at his first.

The hard salary cap possesses less wiggle room than the NBA or MLB, and the only key to pushing that limit upward is to spend less in the past. The salary floor prevents owners from pocketing revenue sharing money the way the Pittsburgh Pirates did for decades.

However, the Browns will eventually find themselves against the salary ceiling. Smart moves now will prevent team-crippling roster decisions in the future. Will this be enough to keep the LSU outside receiving tandem together after 2022? That guy posting ten times a day on Twitter says no… but maybe the “F-king nerds” in the analysis wing say yes.

The only way to find out is to read a part 3 of this article, focusing on ways the front office could potentially manage contracts next offseason.